President Barack Obama’s lead over Mitt Romney has narrowed to 4 percentage points from 11 points a month ago, now that Romney has established himself as the probable Republican presidential nominee, according to a Reuters/Ipsos poll released on Monday.

Obama was backed by 47 percent of registered voters in the telephone poll conducted from April 12-15, compared with 43 percent who supported Romney. In the same poll conducted March 8-11, Obama led Romney by 52 percent to 41 percent.

In what could be a problem for Obama in the November 6 election, 53 percent of registered voters said jobs and the economy were the most important issue in the presidential election campaign, and slightly more – 45 percent – rated Romney higher in that area than the 43 percent who favored Obama.

“Obama has had to preside over a really tough economy. … People are sort of dinging him for it and that’s really what’s going to make this a competitive race,” said Chris Jackson, research director at Ipsos public affairs.

During the 2008 presidential campaign, Obama led his Republican rival John McCain by a much larger margin, 52 percent to 40 percent, on jobs and the economy, as the Democrat won the election.

The latest Reuters/Ipsos poll result is a statistical dead heat; the 2 point gap on the issue is within the margin of error.

Romney’s last major rival for the Republican nomination to oppose Obama’s re-election left the race before the poll was conducted.

Rick Santorum, a former Pennsylvania senator best known for strongly conservative views on social issues that pushed the Republican campaign to the right, ended his run for the White House on April 10.

Romney gained on Obama as he solidified his position as the likely nominee, Jackson said.

“Last month, when it looked like Santorum might have a chance to upstage Romney, Romney was down,” Jackson said. “Just by winning the Republican primary, he has managed to close the gap” with Obama.

Romney’s campaign was also heartened last week when a Democratic cable television commentator made remarks that seemed to criticize his wife, Ann, for staying home and raising their five sons rather than holding a job outside the home.

The comment escalated into a fracas over the role of women in society and gave Romney, who is struggling to improve his ratings among women voters, a chance to reach them through Ann Romney.

Monday’s poll showed the closest margin between Romney and Obama since a survey conducted from October 31 to November 3, 2011, when Romney had a 1-point lead over Obama, 44 percent to 43 percent. That was Romney’s only lead since the Reuters/Ipsos head-to-head polling began in May 2011.

In most of the nationwide surveys, Obama has enjoyed a lead of 6 percent or more among registered voters.

Obama’s approval rating remains steady, the poll found, with the same percentage of voters – 49 – approving and disapproving of his performance as president. His approval rating last month was 50 percent, versus a 48 percent disapproval rating, and Jackson said Ipsos’ models show it is unlikely to change before Election Day on November 6.

Incumbents generally are considered to have a solid chance of re-election if their approval ratings are about 45 percent or higher before voters head to the polls, Jackson said.

With the election expected to be close, it is likely to come down to the result in a few “swing states,” not strongly allied with either party, on November 6.

“All that matters is electoral math,” said Republican strategist Ford O’Connell. “The key question: Can Romney win Florida, Ohio, Virginia and North Carolina? If so, then Obama will be unseated. If Obama wins any one of the four – essentially, game over for the GOP.” 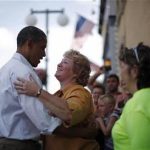 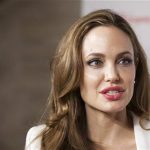 Nadal rallies for win to give Spain Davis Cup 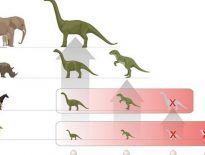 Scie/Tech news Dinosaurs died out after asteroid crash because th… 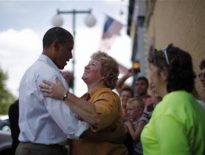