Miami is a bustling city, with a prominent cultural scene, beautiful beaches and world-class nightlife. But if you are thinking about moving to Miami full-time, you might want to consider the cost of living first.

According to RealtyHop’s Housing Affordability Index for October 2021, Miami is the second least affordable place to live in the U.S. The cost of living in Miami is now more expensive than Los Angeles, and just slightly cheaper than New York City. Average homeownership costs in Miami are roughly $2,653 per month, which equates to $31,836 per year.

When evaluating the true cost of living in Miami, housing is one of the most important factors to consider. For most people, housing is their biggest expense, whether you rent or own. Here is what you need to know about the cost of housing in Miami for houses and apartments.

Average cost for a house

The average home price in Miami has skyrocketed in recent years. This is partly due to the fact that many Americans moved to Florida during the COVID-19 pandemic.

In the 12 months after July 1, 2020, an estimated 220,890 people moved to Florida—the biggest population increase of any state during that time frame. That means, on average, there were more than 600 new Florida residents moving from other states during 2020 alone.

During the pandemic, Florida was a popular place to move because of the lack of income tax, warm weather year-round and spacious neighborhoods. Due to increased housing demands,  the average Florida home price rose from $360,000 in 2019 to $469,562 in Q1 of 2022.

If you plan to buy a house in Miami, it’s important to have homeowners insurance. Houses are a big investment, and home insurance can help protect your finances if your property or belongings are damaged by common weather-related risks. However, you should be aware that because Florida has numerous and sometimes severe risks, such as hurricanes, home insurance prices can vary widely throughout the state and even be hard to get in some areas, especially on the coast. Bankrate has done an in-depth examination of home insurance in Florida that homeowners may find helpful.

In addition, Miami homeowners should strongly consider purchasing a flood insurance policy through the National Flood Insurance Program (NFIP). Miami is located near the ocean, and Florida has more hurricanes than any other state. A regular home insurance policy excludes coverage for floods, so flood insurance can fill the gap in your coverage.

Average cost for an apartment

Renting is usually cheaper than purchasing a home. But in Miami, renting an apartment is still quite expensive. According to RentCafe, the average cost of rent for an apartment in Miami is $1,998 per month. The most expensive neighborhoods to rent in are the Miami Design District ($2,506), Brickell ($2,586) and Brickell Key ($2,856).

However, the cost of rent in Miami depends on factors like the location, size of the rental and the quality of the unit. Choosing a smaller apartment in a less desirable neighborhood could help you save money on rent. Even still, most Miami apartments are small. The average size for a South Miami, FL apartment is 869 square feet, as reported by RentCafe.

In addition, you should also consider the fact that Miami has been experiencing a housing shortage since the mass migration to Florida began over the last few years. This could make it more difficult to find housing, let alone affordable housing. Rent prices have been steadily increasing, with no signs of slowing down.

Renting an apartment rather than buying a house could be a cheaper option. But in this case, you should still consider purchasing a renters insurance policy. In fact, some Miami landlords require tenants to carry renters insurance before signing a lease.

A standard renters insurance policy covers personal property, personal liability and additional living expenses. It’s one of the cheapest types of insurance you can get, and it’s much less expensive than homeowners insurance.

However, renters in Miami also face flood risks. Because renters insurance does not cover flood damage, it might be a good idea to add flood insurance to your policy. Your rate will increase, but without it, you aren’t protected against flooding. If a hurricane causes a flood that wipes out everything you own, you would be responsible for replacing your belongings out-of-pocket.

Miami isn’t the only metropolitan area experiencing an increased cost of living. Nationwide, home prices are up and more Americans are looking to purchase their own properties. Here are some recent housing market statistics from across the country:

The cost of driving in Miami

The cost of driving and car ownership in Miami is increasing alongside the cost of housing. Here is what you need to know about car prices in Miami and how much it costs to insure your vehicle in the state of Florida.

Car prices are up across the country, and that includes in Miami. While average car prices are slowly dropping as of January, finding an affordable vehicle is still very difficult.

According to a report from Kelley Blue Book, the average price of a new car surpassed $47,000, for the first time ever. Used cars are only a slightly better deal these days. According to a study from the car-shopping app CoPilot, used car prices have increased at least 50% during the pandemic. For cars between one and three years old, the average price across the country is $41,121.

Even if you can find a great deal on a car, be prepared to sit in traffic. The average one-way commute in Miami takes 28.1 minutes. That’s almost two minutes longer than the U.S. average commute time of 26.4 minutes. Round-trip, you are looking at an average commute of almost one hour in Miami.

In Florida (like in most states), car insurance is a legal requirement. In addition, Florida is a no-fault state, which means drivers are required to carry a unique type of car insurance, called personal injury protection (PIP).

If you get injured in an accident, PIP pays for your medical bills and lost wages, up to coverage limits, regardless of which driver was at fault for the crash. Because PIP is a legal requirement, Florida drivers pay higher average premiums for car insurance than drivers in other parts of the country.

However, having a comprehensive car insurance policy in Florida could be extremely important. Data shows that there are more accidents in Miami-Dade County than anywhere else in the state of Florida, and over 20% of Florida drivers are uninsured. In addition, Florida drivers rank in the top three for states with the rudest drivers.

Before you purchase a car insurance policy, it’s usually a good idea to shop around and get quotes from a few different companies. Keep in mind that some car insurance companies offer cheaper rates than others, so you should be able to find a policy that fits within your budget, especially if you can take advantage of discounts.

Fun things to do in Miami

Miami is one of the most fun cities in the country and there is something for everyone to enjoy. If you’ve recently moved to Miami and are looking to explore the city, here are some things you might want to check out (and also add to your ‘living in Miami’ budget):

Beaches: One of the biggest draws of Miami is the beautiful weather that sticks around all year. The beaches of Miami are one of the city’s biggest selling points, whether you want a family-friendly beach, like Key Biscayne, or a more lively spot, like the infamous South Beach.

Miami Heat games: The Miami Heat is one of the most popular NBA teams in the league. You can check out a game at the FTX center, which is centrally located in downtown Miami.

Perez Art Museum Miami: The Perez Art Museum Miami is located in South Beach. Entry currently costs $16 for adults, with discounts for kids and seniors. The 200,000-square foot museum features a rotating collection of art from contemporary artists from the 20th and 21st centuries.

Wynwood Walls: Wynwood Walls is also called the Urban Graffiti Art Museum Miami. As the name suggests, this mostly-outdoor museum is dedicated to graffiti art which can be seen on outdoor displays.

Zoo Miami: Zoo Miami is home to many exotic animals, including snakes, crocodiles, native Florida birds, lions, elephants, tigers, rhinoceros and many others. Admission currently costs $22.95 for guests over 13 or $18.95 for guests under 13. Admission is free for kids under 2 and zoo members.

Miami is a fantastic place to live. But as more people move to South Florida, the cost of living in Miami is likely to grow. Before you make the move to Miami, consider how much it will cost to find housing and own a vehicle to ensure you can comfortably afford the area. You can also check out suburbs of Miami that might be cheaper than living in the city, but give you easy access to all that Miami has to offer. 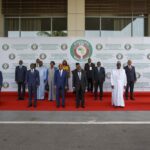 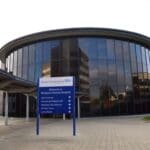 Google Outlines How to Move From iOS to Android

Need motivation? There’s an app for that

Kristen Stewart: I’m not trying to distance myself from ‘Twilight’

The true cost of living in Miami 2022 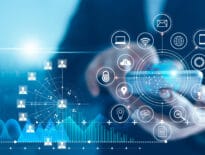 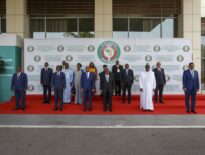