With Halloween just around the corner, children’s thoughts turn to candy and costumes. Their parents and grandparents should be focusing on more macabre matters — like the life insurance policies they bought (or are thinking of buying) to secure the financial future of these little ghosts and goblins if a key provider dies. 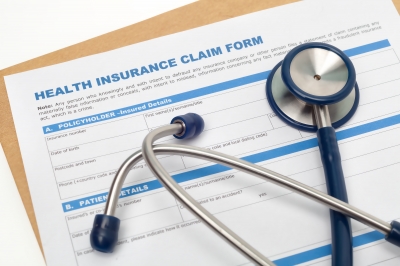 Though life insurance can serve various purposes, for most people, it is a tool for income replacement — to pay the mortgage or foot the bill for college if the unthinkable happens. Often a term-life policy, which provides a preset death benefit when the insured person dies, is all they need. Premiums for these policies, typically offered for 10- or 15-year terms, have fallen sharply in recent years.

But unfortunately it’s not enough to stuff the policy in a drawer and forget about it. Here are some  potentially costly life insurance pitfalls that could escape your notice.

1. Rate increases. With a level premium, term-life policy, you’re guaranteed that the cost of the plan will not go up during the initial coverage period – for example, 10 or 15 years. But after that, watch out. When the stated period is up, you’re likely to get an invoice for the latest premium that’s many multiples of what you had been paying previously. Somewhere in the policy fine print there’s probably wording that says the policy is renewed automatically if the premium (meaning whatever you’ve been billed) is paid.

Insurance companies take the position that they have no obligation to flag the rate increase for you. It’s up to you to mark your calendar and if you don’t pay bills yourself, to alert the person who does it for you.

When that invoice arrives for the higher premium, you have a few options. You can ask the company to offer you a lower rate, based on your submitting an updated medical history. You can cancel the policy right away. Or you can simply let it lapse, in which case a grace period (for example, 30 days) will probably apply.

2. Affinity groups. Various professional associations offer life insurance to their members at group rates. They save you the trouble of shopping, but the price won’t necessarily be less than what you could find on the open market or through a reputable insurance broker. There is a hidden cost of buying insurance this way, too: In order to maintain the policy, you generally must keep your membership in the group current by paying the organization’s yearly dues. You may find yourself locked into the membership purely to maintain the insurance policy, even if professionally you’re not getting much out of the affiliation.

Another issue is that even if you still like the group, the price of membership may have gone up. Some professional associations (for example, lawyers’ groups) have a graduated dues schedule that correlates with how long you have been out of school. They assume that your salary has gone up to reflect your work experience, though in today’s job market that may not necessarily be the case. So while your insurance premium may remain the same over time, the cost associated with the policy — membership in the affinity group — goes up.

3. Beneficiary designations. This is a document given to an insurance company or financial institution indicating who should inherit certain assets that do not pass under a will or trust — such as retirement accounts and the proceeds of a life insurance policy. You fill out the form when you buy the policy, but can later amend it.

It’s crucial that you keep these forms up-to-date. To change a beneficiary – for example, if you get married or divorced or your spouse dies – make sure to file an amended form. In a case decided by the U.S. Supreme Court in 2013, a widow and an ex-wife battled for five years over which of them was entitled to a life insurance policy worth $124,558.03. The ex-wife won, no doubt after great expense and heartache for both women. And all that because the insured did not change the beneficiary designation on his life insurance policy, either when he got divorced in 1998, or after his subsequent marriage in 2002, or after being diagnosed with a rare form of leukemia from which he ultimately died.

4. Estate tax. If you are both the insured and the policy owner, the proceeds will be considered part of your taxable estate. In that case, those funds are added to everything else you leave behind. If the total is more than the tax-free (“exclusion”) amount and you’ve left it to anyone except your spouse or to a charity, it will be subject to estate tax. The federal rules in a nutshell: For deaths in 2014, the tax-free amount is $5.34 million per person; widows and widowers can add any unused exemption of the spouse who died most recently to their own–it’s called “portability.” State estate tax or inheritance tax (or both) complicates the picture in 19 states plus the District of Columbia.

One way to avoid estate tax on life insurance proceeds is to designate the family member who will receive the proceeds of the policy — say, an adult child — as the owner of the policy. (Note: Minors can’t own the policy directly.) You can give this person the money to pay the premiums by using your yearly $14,000 gift tax exclusion – the amount, in cash or other assets, that you can give every year to each of as many individuals as you want, without incurring gift tax of up to 40%.

If you don’t want beneficiaries to receive the insurance proceeds outright or your heirs are minors, you can set up an irrevocable life insurance trust. Typically the ILIT buys the policy and, when you die, holds the proceeds for whomever you’ve named as beneficiaries.

What if you already own a policy? You can transfer it to the trust. But if you die within three years of making this gift, the proceeds would generally count as part of your estate. A way around that rule is to sell the policy to the trust instead. First you would need to put enough money into the trust to cover the purchase. For a term policy, it would be nominal sum, since the value of the policy is just the cost of that year’s remaining premium.

In an estate tax audit, the IRS often asks for these annual Crummey letters. If your heirs can’t produce them, contributions that might have qualified as tax-free gifts could be subject to tax. 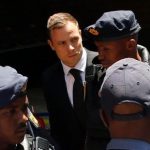 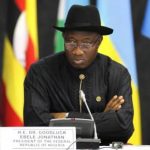 Buffett: My successor is in the dark too

Five Life Insurance Mistakes That Can Haunt You 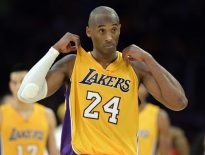 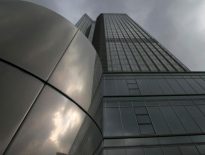