(Reuters) – Republicans in Congress chastised President Barack Obama’s top health adviser on Thursday for declining to testify before an oversight panel about problems in rolling out the president’s signature healthcare program known as Obamacare.

Less than a day after Congress ended a 16-day partial government shutdown precipitated by Republican demands to delay or defund Obamacare, they sent a letter to Health and Human Services Secretary Kathleen Sebelius demanding she make officials available for the October 24 hearing.

The online insurance exchanges that are a central part of Obamacare rolled out on October 1 despite the shutdown but have been hobbled by technical difficulties that Sebelius has said are being fixed.

The letter from majority members of the committee said they invited Sebelius on October 11 to appear at the hearing, only to learn on Wednesday that she would not attend. The administration has not agreed to provide other administration officials, the letter added.

“It’s well past time for the administration to be straight and transparent with the American people,” said a separate statement by Republican Representative Fred Upton, who chairs the panel.

The Department of Health and Human Services (HHS) had no immediate comment.

A spokeswoman for the panel’s Republican majority did not respond to a Reuters inquiry about whether subpoenas would be issued by the committee.

Upton said top administration officials had previously said that everything was on track, but the broad technological failures revealed that was not the case. “Either the administration was not ready for launch, or it was not up to the job,” he said.

Obama’s Patient Protection and Affordable Care Act is expected to provide private health coverage to an estimated 7 million uninsured Americans through the new online marketplaces that opened for enrollment in all 50 states on October 1.

But the website Healthcare.gov, the administration’s online portal for consumers in 36 states, was hobbled by technical issues – including error messages, garbled text and delays loading pages – that administration officials partly blame on an unexpectedly high volume of 14.6 million visitors in its first 10 days.

Sebelius recently appeared on the cable-television comedy program, “The Daily Show with Jon Stewart” for an interview that focused on the website’s problems.

But HHS and the White House have largely declined to disclose information about the problems plaguing the federal marketplace’s information technology system, which cost nearly $400 million to build, according to a report by the watchdog Government Accountability Office.

“This is wholly unacceptable. Secretary Sebelius had time for Jon Stewart, and we expect her to have time for Congress,” Upton said.

Upton’s panel is one of at least three House committees expected to hold hearings as part of a new Republican plan to attack the healthcare reform’s weaknesses, beginning with the problem-plagued technology behind its launch.

The oversight is expected to span the cost of new insurance plans under the healthcare law, online security, fraud, the role of the Internal Revenue Service and the fate of consumers who are unable to enroll in coverage in the coming weeks, according to congressional aides.

“It’s not just a bumpy rollout. We’re crossing a bridge with a warning sign that says: BRIDGE OUT,” said Republican Representative Tim Murphy, who chairs the House Energy and Commerce panel’s health subcommittee and plans to hold his own hearings.

“We’ll be trying to get people from the administration to tell us whether they were pretending everything was OK or was there an internal cover-up or did they just not know?” he added.

Oversight is also not the only strategy Republicans are planning.

House Speaker John Boehner said in a statement that Republicans will rely on “smart, targeted strikes” aimed at splitting Obama’s support in Congress. His office did not elaborate.

But strategists say Republicans plan to use newly begun budget talks to jettison provisions of the law that are also unpopular with Democrats, possibly including a $29 billion tax on medical devices and a panel to control costs within the Medicare program for the elderly and disabled. 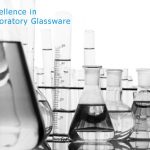 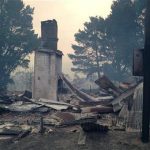 Medieval Skeleton Found Dangling From the Roots of a Fallen Tree 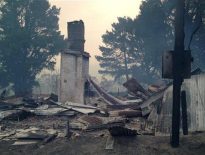 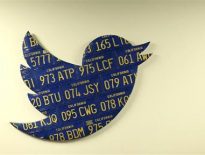