Serena Williams found a silver lining in the delayed start to the Australian Open, the season-opening Grand Slam tournament that is starting three weeks later than usual because of the COVID-19 pandemic.

Time to recover from an Achilles injury that ended her run at last year’s French Open before her second-round match. Extra time with her daughter, albeit in hotel quarantine.

The 39-year-old American, a seven-time Australian Open champion, restarted her lengthy quest for a 24th Grand Slam singles title with a 6-1, 6-4 win over Daria Gavrilova on Monday in a tuneup tournament at Melbourne Park.

There are six tournaments being staged this week to give players some chance at competitive tennis before the first major of the year starts next Monday. Williams is playing in the Yarra Valley Classic, along with top-ranked Ash Barty and defending Australian Open champion Sofia Kenin.

The fifth-seeded Williams said she was pushing the limits just being fit enough to compete at Melbourne Park.

I needed every time — I don’t think I would have been here if it was during the regular season, she said. So, whew, that was an unwanted blessing, I would say, but it was much needed for me.

So I definitely took that time to recover and to just do the best that I can — and so now it’s a lot better.

Against Gavrilova on Margaret Court Arena, she wore a long-sleeve shirt throughout the match during a relatively cool summer day in Melbourne and later said she achieved what she had aimed to achieve for a second-round encounter — mainly the 1 1/2 hours on court.

Williams hit 28 winners and had 19 unforced errors, converted three of her six breakpoints and fended off all four she faced. She will next face Tsvetana Pironkova. Williams beat Pironkova in the U.S. Open quarterfinals in September and was set to play the Bulgarian at Roland Garros before injury forced her to withdraw.

The extra few weeks off before the season meant there was just enough time for the bare minimum preparation.

Honestly, not as much as I would have liked, because I needed to take — Achilles … oh my goodness, I didn’t realize it would be this long, she said. So I definitely was pushing the limits, but I’m here.

Williams has been stalled on 23 major singles titles since the 2017 Australian Open, when she was two months pregnant with now-3-year-old daughter Olympia.

Second-ranked Simona Halep, the top-seeded player in the Gippsland Trophy, had a 6-4, 6-4 second-round win over Anastasia Potapova to advance along with third-seeded Elina Svitolina, No. 8 Karolina Muchova and No. 9 Ekaterina Alexandrova.

Earlier, Coco Gauff was up a service break in the second set and appeared to be on the verge of victory in her first-round match before having to fend off Jil Teichmann 6-3, 6-7 (6), 7-6 (5).

The first Grand Slam tournament of the year was delayed by three weeks to allow for COVID-19 protocols which required all people arriving in Australia to spend 14 days in quarantine.

In addition to the Gippsland Trophy and the Yarra Valley Classic, the WTA has the Grampians Trophy. The Grampians event is a 28-draw tournament and open only to players who were forced into hard lockdown for 14 days without the benefit of practice because of positive COVID-19 cases on their charter flights to Australia. 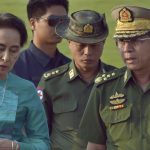 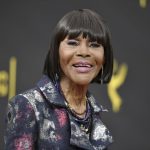 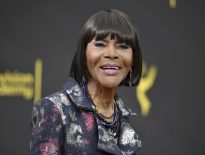 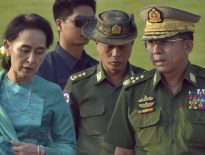