Thousands of firefighters battled into the early hours Monday, losing ground to the huge blaze burning through the famed Sonoma wine region in northern California.

California’s governor declared a statewide emergency on Sunday as the wind-driven Kincade Fire spread to more than 34,000 acres (14,000 hectares), forcing residents to flee.

In Los Angeles, meanwhile the local fire department issued mandatory evacuation orders after a very dynamic brush fire broke out west of a major highway, US 405, near The Getty museum.

Refugees from the Kincade blaze, the largest of more than a dozen burning throughout the state, recalled hasty departures as they waited it out in the safety of a community center in Petaluma, California.

The police came with loudspeakers. We weren’t expecting it, said Kathy Amundson, who had to get her 90-year-old mother Joy into a wheelchair and then into the car for the trip out.

We smelled smoke, we couldn’t see it, she said. Looks like our home is safe but the fear is wind blowing ambers and then it starts new fires.

Others were not so lucky. The fire has destroyed dozens of homes and vineyards, including the renowned 150-year-old Soda Rock Winery.

We’ve seen the news. We are devastated, the owners said in a Facebook message, adding that all staff at the winery — located in the town of Healdsburg, 70 miles north of San Francisco — are safe.

At least two hospitals in Santa Rosa evacuated patients over the weekend to other facilities.

The Kincade Fire — the most devastating in California this year — ignited Wednesday and spread quickly due to powerful gusts of up to 90 miles (145 kilometers) per hour. As of early Monday, it was only five percent contained.

Over 3,000 people are working on the fire as we speak, making sure the evacuation is going smoothly and people are taking it seriously, said state governor Gavin Newsom.

An estimated 180,000 people were under mandatory evacuation orders, including in parts of Santa Rosa and a large swath of Sonoma County all the way to the Pacific Ocean.

Nearly 80,000 structures are threatened, according to the county sheriff’s office. And fire officials said they did not expect the fire to be contained before November 7.

Things will improve as we head into Monday and Tuesday but we need to be resilient, a spokesman for the National Weather Service told a news conference.

Sonoma County Sheriff Mark Essick told a news conference that hundreds of police officers backed by the National Guard had been deployed in regions under evacuation orders to check property and prevent looting.

Several other fires have erupted throughout the state in the last week, fueled by high winds, bone-dry conditions and temperatures in the 80s and 90s Fahrenheit (26-32 Celsius).

One major fire — the Tick Fire — in the southern part of the state, north of Los Angeles, also prompted evacuations and destroyed a number of homes near Santa Clarita.

But on Sunday, most evacuation orders were lifted as some 1,000 firefighters worked to contain the fire that burned more than 4,500 acres.

In a bid to reduce the risk of fire, California’s largest utility, Pacific Gas & Electric Co., said it expected to turn off power to nearly one million customers across northern and central California.

Winds of this magnitude pose a higher risk of damage and sparks on the electric system and rapid wildfire spread, the company said in a statement.

PG&E has come under intense scrutiny after it emerged that one of its transmission lines may have played a role in the Kincade Fire.

PG&E, which filed for bankruptcy protection earlier this year, has been blamed for several other fires in the state in recent years.

Newsom hit out at the utility earlier this week, saying he was infuriated that a state such as California — which boasts the fifth-largest economy in the world — had to endure blackouts. 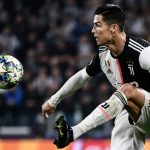 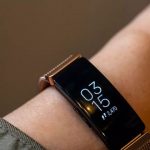 Baseball in Brazil? U.S. sports rise in the land of soccer 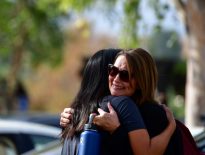 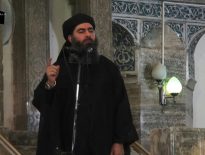 Asia With Baghdadi gone, who is heir to the caliph?