The largest fancy vivid orange diamond to ever appear at auction shattered a world record as it sold for more than $35.5 million Tuesday at Christie’s Geneva Magnificent Jewels sale.

The 14.82-carat diamond also shattered its high estimate of $21 million. It was the last of the 286 lots that were up for sale at the auction held at the Four Seasons Hotel des Bergues. It set a world record for a fancy vivid orange diamond. At $2,398,151 per carat, it also set a world record price per carat for any colored diamond sold at auction.

“Time and again, a stone will appear on the market that is truly a miracle of nature,” said François Curiel, International head of Christie’s Jewellery Department. “The 14.82-carat orange diamond is one such a stone, a rare gem, which will perhaps only be seen once in a lifetime. In the sale on Tuesday, it soared far above all previous records for any orange diamond ever sold at auction, placing The Orange among the greatest pinks and blues, which are traditionally the most appreciated colored diamonds.”

The bidding opened at 10 million Swiss francs and quickly reached $20 million francs before the bidding slowed and the increments of bids switched from 1 million francs to a half-million. It appeared on the Christie’s live Internet feed that several bidders were in the room competing with those on the phones. Applause followed the winning bid of 29 million francs ($31.6 million). The final total of $35,531,974 million includes fees and commissions.

There was little question that the diamond, simply called “The Orange,” was going to fetch a record price. It is believed to be easily the world’s largest orange diamond. It is approximately three times larger than the two other known large orange diamonds: The 5.54-carat “Pumpkin Diamond,” which was sold privately, and a 4.19 carat fancy vivid orange diamond sold at auction for a record price of $2.95 million in October 2011.

Pure orange diamonds are exceptionally rare, the auction house said. It is more common to find orange diamonds with secondary colors. The orange color is the result of the presence of nitrogen during the diamond’s creation.

The Gemological Institute of America, which graded the diamond and issued its report, recently said: “Strongly colored diamonds in the orange hue range rarely exceed three or four carats in size when polished. (This diamond) is almost four times larger than that size range. In GIA’s colored diamond grading system, as the color appearance of strongly colored diamonds transitions from orangy yellow to orange the occurrence becomes progressively more rare—that is—the less yellow present the more rarely they occur.”

In the GIA report, the diamond was graded as VS1 clarity, and classified as a Type IA. 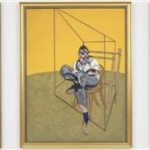 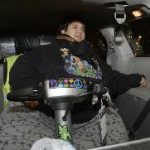 Gaddafi-era spy chief al-Senussi to be tried in Libya

Will You Ever Have Enough Money to Retire? 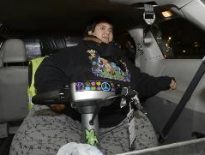 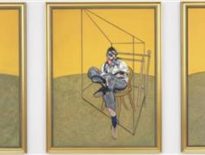