Well, we might as well call this the Carrie Underwood show.

The 2015 CMT Music Awards took place tonight in Nashville, and the new mom instantly took over the spotlight from the second she stepped foot on the red carpet. However, there are some highlights that don’t include the leggy, blond beauty (well, a few)

After all, the awards show was hosted by sexy tomatoes Erin Andrews and Brittany Snow (say whaaa?!) and included a number of live performances, including Lady Antebellum, Florida Georgia Line, Jason Aldean, Jake Owen, Luke Bryan and so many more.

But if you missed it, don’t worry. Here are the moments that you really need to know about…

1. Erin Andrews Loves Carrie Underwood: No, like she really loves her. The co-host professed her love for the beautiful singer time and time again, but she even photoshopped her face on Underwood’s hubby’s face for the couple’s pictures. The Nashville Bellas even sang a song about Andrews’ admiration for the star, and it got Snow a little jelly.

2. When a Bromance Becomes a Dance Off: There was no greater moment than that of Luke Bryan and Charles Kelley’s moment together. During Bryan’s performance, the hunky singer made his way over to Kelley’s seat, and the Lady Antebellum stud stood up and started pelvis thrusting. This was every girl’s dream come true.

3. More Beer, Please: Bless Norman Reedus. The Walking Dead star was drinking a can of Miller Lite while in his seat. LOL!

4. Awkward Alert: Kellie Pickler and Billy Ray Cyrus (and his hair) took the stage to present an award, but were so focused on plugging their new shows that they kinda forgot what they were doing. Oops.

5. Supportive Wives: A number of singers’ leading ladies were spotted singing along with their hubbies. Keith Urban’s equally famous wife, Nicole Kidman joined him in belting the words to John Cougar, John Deere, John 3:16, while Aldean’s lady, Brittany Kerr, sang along to Tonight Looks Good on You. Shout out to Mike Fisher, who represented for the men by singing along to Carrie’s performance.

7. Bieber & Corden Reunite: Remember when Justin Bieber and James Corden sang carpool karaoke? Well, they did it again for a fun digital Guuber short tonight, and Biebs admitted that he’s just like us…he thinks Luke Bryan’s a stud, too!

8. Carrie Takeover: As we said before, tonight should have been the Carrie Underwood Show. Aside from having a blowout performance tonight, she also broke a record! Carrie currently has 13 CMT Music Awards, which means she now holds more awards than any other artist in the show’s history!

Here are the rest of tonight’s winners:

BEST VIDEO OF THE YEAR: Carrie Underwood, Something in the Water

MALE VIDEO OF THE YEAR: Luke Bryan, Play It Again

FEMALE VIDEO OF THE YEAR: Carrie Underwood, Something in the Water

BREAKTHROUGH VIDEO OF THE YEAR: Sam Hunt, Leave The Night On 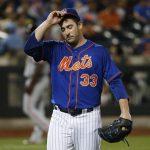 Why did Mets’ Matt Harvey gets pounded by “San Francisco Giants”? 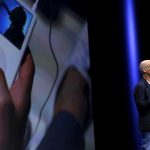 Apple Inc. Antitrust Investigation Of Apple Music Will Be Just As Futile As E-Books. Here’s Why

Meet Nigeria’s Captain Rugged – a superhero who can dance 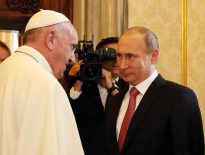 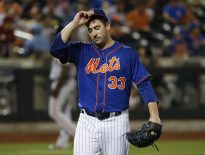 News Why did Mets’ Matt Harvey gets pounded by &#…