(Reuters) – Bollywood actor Sanjay Dutt said on Thursday that he will return to jail for his conviction linked to the 1993 Mumbai bombings, giving up a long-running legal battle for his freedom. 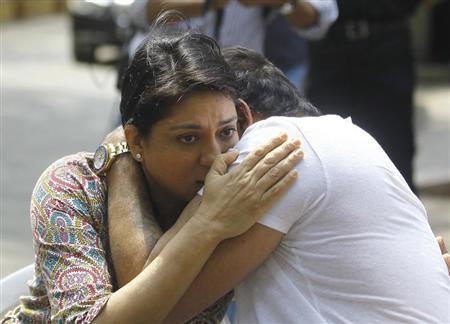 Bollywood actor Sanjay Dutt (R) embraces his sister Priya Dutt after breaking down during a news conference outside his residence in Mumbai March 28, 2013. REUTERS/Stringer

The high-earning actor has been on bail since 2007 when he appealed against an original sentence of six years for the illegal possession of weapons in a case linked to the attacks that killed 257 people.

Last week India’s Supreme Court rejected his final appeal against his conviction but reduced his sentence to five years and ordered him to return to custody within four weeks.

Dutt, 53, said he would no longer fight and would not try to seek a pardon.

“Right now I am a shattered man, my family is shattered,” an emotional Dutt told reporters in Mumbai, breaking down and hugging his sister, Priya, who sat beside him.

“I am not going for pardon, there is no debate about it .. The honorable Supreme Court has given me time to surrender and I will surrender at that time.”

Dutt had already spent 18 months in prison before being released on bail so he is expected to serve another 3.5 years.

Dutt was the most high-profile of 100 people involved in the Mumbai bombings trial which ended with 12 people receiving the death penalty and 20 others given life sentences.

In 2007, he was cleared of conspiracy charges in the attacks but found guilty of illegal possession of an AK-56 rifle and a pistol which he claimed were to protect him and his family during a period of rioting in Mumbai.

The court’s five-year sentence handed down last week prompted a debate on whether the actor was judged too harshly, with many in the Bollywood film industry and Press Council of India chief Markandey Katju calling for him to be pardoned.

Projects worth more than 2.5 billion rupees ($46 million) and the fate of various Bollywood movies hang in the balance with Dutt heading back to jail.

The actor has four films in the pipeline, including “Peekay”, “Policegiri”, “Unglee” and a remake of “Zanjeer”.

Dutt, popular for his role as a do-good gangster in the “Munnabhai” films, requested the media and well-wishers to leave him “in peace” in his final days before returning to prison.

“I have a lot of work, I have to finish all that work. I have to spend all this time with my family, so I, with folded hands, tell you all that just let me be in peace till the time I go in,” he said. 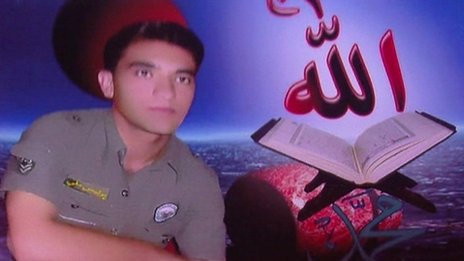