Celebrities are just like regular people, but a few distinctions make things quite different for some. For example, for the rest of us, there are some things to know before signing a prenuptial agreement to ensure everything gets done correctly. However, for celebrities, there are more specific details, assets, and financials to go over—leading to some interesting agreements. Continue reading to learn more about the weirdest celebrity prenuptial agreements of all time.

Pitt and Jolie dated for almost 10 years before their marriage in 2014. They both had extensive careers before getting together, and those 10 years were incredibly lucrative for them both. However, with all that work and life lived, the prenuptial had to be quite complex. For example, the prenuptial stipulated that Angelina would get custody of all six of their children if it came forward that Pitt was cheating.

Additionally, any money earned post-marriage would get divided amongst their children through a trust. Both stipulations are important, but it’s interesting to note the emphasis on Pitt’s fidelity, especially considering he was still married to Jennifer Aniston when he met Jolie.

While Kardashian has been through a few tumultuous relationships, her one with Odom was one of the most visible. The relationship was widely visible on Keeping Up With the Kardashians and its spin-offs, and the two ended up having a seven-year marriage. Some speculate that Kris Jenner had a hand in the prenuptial because it heavily favored Kardashian. Some perks for the divorce were courtside tickets to Lakers’ games, which Odom was still a player on, designated money for beauty products, and a new car every time her lease ran out. However, these perks don’t make up for Odom’s multiple arrests or the coma and recovery that Kardashian helped him through.

What’s interesting about this couple’s prenuptial is that it almost didn’t happen. Both celebrities were wealthy from their respective careers going into the marriage, but Kidman still had much more than Urban, which they had to consider. Sources say that Kidman’s team had to convince her to go through with a prenuptial, especially considering that she had children from her previous marriage with Tom Cruise. The agreement currently has Urban receiving $640,000 per year in their marriage, but if Urban falls back into addiction, he will lose his claim to that money.

A prenuptial seems necessary when someone has a multi-billion dollar net worth, but there are more stipulations about the couple’s dates than the finances. There are some financial aspects of the prenuptial, but the element of note is that the prenuptial ensures the two will have 100 minutes of alone time and a date night every week. Additionally, the two cannot use Facebook during this period. It’s easy to point at these weird celebrity prenuptial agreements and forget that many were often in place for a reason. Some of the more off-the-wall ones will have a trickier time going through the courts unscathed, but at the end of the day, they’re protecting the individuals. You don’t want to worry that your partner is in the relationship purely for money, and these prenuptial agreements are a great way to ensure that’s not the case. 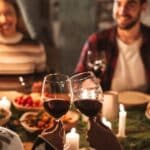 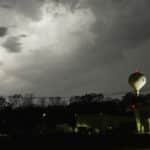 US: Storms cause major tornadoes, flooding around the South

Sony to invest $997 million to boost output of CMOS sensors

Ebola Puts Nina Pham, a Nurse Unaccustomed to the Spotlight, in Its Glare

Pope Benedict thanks public for ‘love and prayers’ 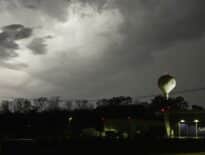 News US: Storms cause major tornadoes, flooding around … 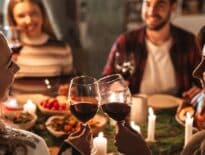