PHILADELPHIA (AP) — Bill Cosby testified under oath in 2005 that he gave the National Enquirer an exclusive interview about looming sexual-assault accusations by a Canadian woman against him in exchange for the tabloid spiking a second accuser’s story.

Excerpts released Wednesday of Cosby’s deposition from a civil lawsuit filed by Andrea Constand quote Cosby as saying he feared the public would believe her sexual-assault accusations if the Enquirer published similar claims by Beth Ferrier. Both women accused Cosby of drugging and molesting them.

“Did you ever think that if Beth Ferrier’s story was printed in the National Enquirer, that that would make the public believe that maybe Andrea was also telling the truth?” Cosby was asked.

“Exactly,” Cosby replied, according to court motions initially filed under seal and made available from archived federal court records.

Cosby, in the deposition, said he had a contract with the Enquirer.

“I would give them an exclusive story, my words,” Cosby said in the Sept. 29, 2005, deposition. In return, “they would not print the story of – print Beth’s story.”

The release of the documents comes after Cosby this month was shown on an Associated Press video trying to persuade the news cooperative not to use his response when asked this month about sexual-abuse allegations.

“I would appreciate if it was scuttled,” Cosby said in a videotaped exchange with the AP on Nov. 6.

Cosby said in 2005 he had been given a draft of Ferrier’s interview with the Enquirer and was told she had passed its lie-detector test. He said he also was given an advance look at his exclusive, titled “My Story,” which warned that he would defend against anyone trying to “exploit” him.

Constand later sued Cosby and the Enquirer, alleging defamation. The claims were consolidated with her sexual-assault lawsuit against Cosby and were settled.

A representative for American Media, Inc., which owns the National Enquirer, said in an emailed statement Wednesday that the Enquirer was “unflinching” in its coverage of the allegations against Cosby.

“We continue to remain aggressive in our reporting today and stand by the integrity of our coverage of this story which we have taken the lead on for more than a decade,” the representative said.

Cosby had said at his deposition that Constand and her mother asked only for an apology in early phone calls about the issue in January 2005, and he said they received one.

Constand’s lawyers argued in their defamation suit: “Requesting only an apology is not the action of an extortionist or someone who wants to `exploit’ a celebrity.”

They said that Cosby later called back and offered to pay for Constand’s “education.”

Constand had met Cosby through her job with the women’s basketball team at Temple University in Philadelphia, and she said he sexually assaulted her at his nearby home in 2004. She quit the job and moved home that year, and she first filed a report with Ontario police on Jan. 13, 2005, and filed a federal civil suit that March. After prosecutors near Philadelphia decided not to file criminal charges, several other women came forward to support Constand’s claims, including Ferrier.

Ferrier has gone public about what she called her brief affair with Cosby when she was a model in 1984. She said that he once drugged her coffee during an encounter in Denver and that she woke up hours later in the backseat of her car with her clothes disheveled. The Enquirer in 2005 withheld her story and instead published Cosby’s account, in which he said, “Sometimes you try to help people and it backfires on you and then they try to take advantage of you.”

In the legal deposition, taken at a Philadelphia hotel, Constand’s lawyer asked Cosby if he tried in the Enquirer article “to make the public believe that Andrea was not telling the truth?”

A comedian this year referenced the accusations anew in a performance, prompting some of the suit’s Jane Doe witnesses to reveal their names and other women to raise new accusations.

Cosby has refused to discuss allegations raised in recent weeks by numerous women. 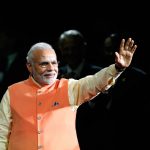 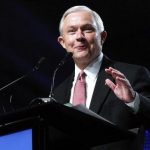 Hasina sworn in for 3rd time as Bangladesh PM

Man doesn’t monkey around with his passion 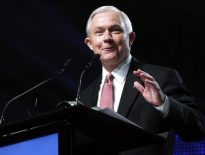 News Congress can block use of fees for immigration ove… 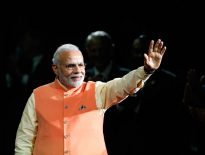