Cuban children train for circus, and a future

(Reuters) – Inside an abandoned movie theater on a noisy avenue in a working-class section of Havana, some 70 Cuban children as young as nine pursue their dream of joining the circus. 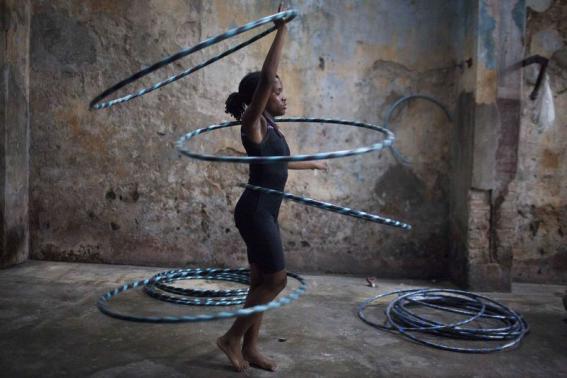 A girl performs with hoops during a training session at a circus school in Havana, September 26, 2014. REUTERS/Alexandre Meneghini

Aspiring acrobats climb a rope while young jugglers toss pins back and forth, and others take turns on the trampoline or parallel bars. No one seems to mind the dilapidated conditions, at least as long as the weather is dry. Several corrugated tin laminates are missing from the roof, exposing the sky.

Ever since I was little, I always said, ‘I want to join the circus,’ said 12-year-old Daniela Rodriguez, who likes training at heights. At first I was a little scared, but not anymore.

The circus is a lucrative career path and a rare opportunity for Cubans to make real money on the communist-led island.

Cuban circus artists working abroad make a minimum of 800 euros (about $1,015) a month, and usually much more than that, a relative fortune compared to the meager salaries back home.

Odelmi Hernandez, 42, who once worked briefly as a circus clown, guides the students for three hours daily at the Havana school, where some students commute from as far as two hours away.

A lot of these children come from disadvantaged homes, have shown bad conduct, or come from family conflicts, said Hernandez, whom everyone calls Kiko. Through this project, we help them incorporate socially. They also learn values here.

On a recent day the program included physical exercise, from push-ups to chin-ups to running, with most of the students dressed in leotards.

One teenager balanced on a board placed over a cylinder and started jumping rope, blind-folded, and with young Daniela on his shoulders.

My heart is up here, said Ivette Rivera, grabbing her throat as she watched her daughter participate in the stunt.

Rivera said her daughter hopes to enter Cuba’s National Circus School and then perform professionally, even if that means long stretches overseas.

It scares me but it’s what she likes to do, Rivera said. I’ll accompany her all the way to the airport if she makes it. She’s fighting for her dream.

Circus education is on the rise all over the world, said Amy Cohen, director of the U.S.-based American Youth Circus Organization.

The Cuban National Circus tours as a company and also hires out its talent to companies such as Ringling Brothers and Cirque du Soleil.

Even though the Cuban state takes a cut of their salaries, the circus gives students a clearly defined profession, said Jose Manuel Cordero, spokesman for the Cuban National Circus.

They know that in the circus they have a future as a person, as an artist, Cordero said. They can triumph doing what they love.

Cuban children train for circus, and a future 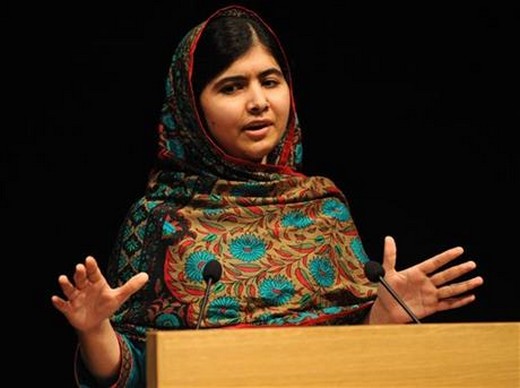 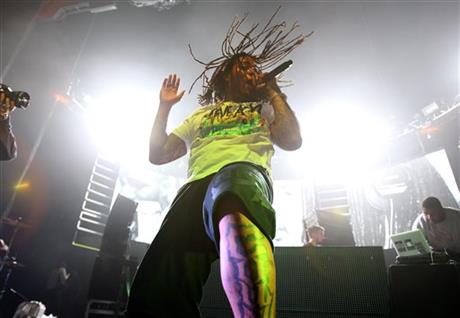