Are Kim Kardashian and Kanye West coming to a theater near you? The couple reportedly want to make their fairytale romance into a movie…and they already have ideas about who they want to cast!

We’re used to seeing every minute of Kim Kardashian’s, 34, life play out on television, but her relationship with Kanye West, 38, is rarely documented. But now, the couple may be giving us a chance to see what their lives are really like! Kimye want to make a movie about themselves with an A-list cast, a new report claims. Get the scoop!

The buzzed-about couple has reportedly already gotten three big movie companies interested in a potential biopic about their lives. “I doubt we are talking about an Oscar-worthy production with high artistic merit, a Universal executive allegedly explained. “But with almost 45 million Twitter followers between them, they have a worldwide fan base which virtually guarantees box office success followed by strong DVD sales.

But wait…it gets better. Kim reportedly wants Sofia Vergara to star as her in the flick! And if she can’t have the Modern Family star, Christina Hendricks is also a consideration. Meanwhile, Yeezy has his eye on Terrence Howard. Hmm…pretty lofty goals, no?

Don’t get too excited though, Kimye fans. Kim’s rep told HollywoodLife.com that this report is completely “false.

If a movie does happen, though, it’ll likely take some time — especially considering how busy Kim and Kanye have recently become! In May, the pair announced that they’re expecting their second child, and will likely spend the next several months prepping for the baby’s birth.

Lucky for Kim, her man is already doing whatever he can to make sure she’s comfortable, and it all began with the greatest pregnancy gift EVER. “He gave her a 24/7 prenatal massage therapist, an insider told HollywoodLIfe.com EXCLUSIVELY. “This has been helping Kim relax which is what her doctors are encouraging her to do.

Considering Kim and Kanye have been struggling to get pregnant again for months, the news is especially exciting. And, hey, wouldn’t think be a pretty good storyline to play out in their film?! If only we hadn’t already seen it on an entire season of Keeping Up With The Kardashians…

HollywoodLifers, tell us: Would you see a movie about Kim and Kanye? 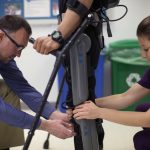 What Google can learn from the wheelchair 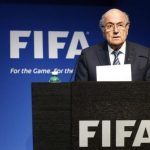 Oprah’s next mission: Win advertisers with OWN vision

‘Titanic’ is even more spectacular in 3-D

Sheryl Crow Reveals She Has a Benign Brain Tumor 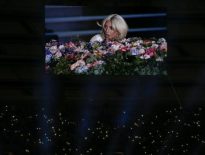 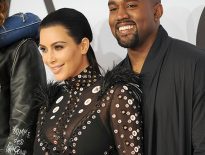