Though insiders close to the Kardashian-Jenner clan once told PEOPLE that the whole family went through a rough patch following the news that Bruce Jenner would be transitioning into a woman, they’ve since had time to process and work through his life-changing decision.

As his sit-down interview with 20/20 airs Friday on ABC, Jenner will have his whole family by his side.

We’re going to watch the special together as a family, with Bruce, Kim Kardashian West told reporters in New York City at Variety’s Power of Women event Friday. That’s pretty much all I’ll say about that today. I’ll let the special come out and speak for itself.

Kim, Khloé and Kourtney Kardashian have all been very supportive, a close source told PEOPLE, but it’s just not an easy situation.

The tight-knit Kardashian-Jenner family has been Jenner’s chief concern throughout this entire process. I can’t let myself hurt them, he said in a promo for his interview with Diane Sawyer.

In support of their father, four of Jenner’s six children – Burt, Casey, Brody and Brandon Jenner – have all been shown filming segments for the 20/20 special. 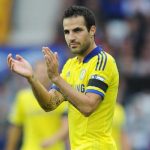 How much will Arsenal miss Fabregas upon his return to the Emirates? 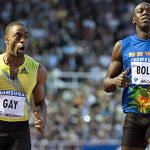 Bells peal across Britain as Games get under way 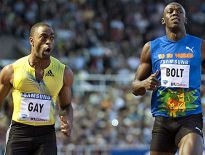 News Usain Bolt says Tyson Gay should have been banned … 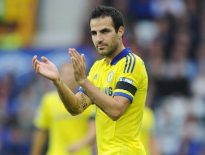 Football How much will Arsenal miss Fabregas upon his retur…