AUSTIN, Texas—Norah Jones has a piano in her kitchen.

metaphor to describe the 33-year-old singer’s evolution as she releases arguably the most interesting album of her career,

“It’s nice because I have a music room, but you know it’s like the office you never go in or

the dining room you never go in or something,” Jones said with a laugh. “So I ended up putting this funky old piano in my

Jones didn’t set out to put a piano in her kitchen, of course. Much like her collaboration

with the producer Danger Mouse on “Little Broken Hearts,” it just kind of happened naturally. And by going with the flow,

making little decisions in the moment, she arrived at something delightful she never expected.

turned into sort of a bit of a concept album without any intentions of that’s what we were going to do,” Jones said. “I’m

proud that it ended up being what it is, going in knowing so little about what would happen. I love it.”

personal before, especially on her 2009 album “The Fall.” But much of “Little Broken Hearts” centers on her life and the

emotions you run through during relationship problems—from betrayal and indecision to healing and moving on.

songs on “Hearts” represent a true collaboration between Jones and Brian Burton, who produces under the name Danger Mouse.

They mainly focus on a difficult breakup Jones went through, but she says Burton’s fingerprints are all over the place and

his ideas and lyrics transformed songs in unexpected ways.

The two met on Burton’s musical ode to Italian cinema,

“Rome,” and formed a friendship, agreeing to work together. They initially met for a five-day “get to know you” session and

cemented their partnership. But it wasn’t until last summer that they were able to commit to the two months it would take to

write and record the album at Burton’s Los Angeles studio.

mind and is surprised “Hearts” morphed into something of a breakup album. Rather than a gloomy summation of a difficult time,

though, the album offered Jones a surprising catharsis.

“It just kind of came out when we were writing,” Jones said.

“I think Brian is very drawn to darkness in music and I am drawn to melancholy—not necessarily darkness as much as he is. I

think when we just kind of put that together, this is what came out. I’d definitely just gone through a breakup and I felt

like I was coming out really well on the other side. … A lot of it’s personal, dramatized and tweaked, and both of us were

Jones talked about the experience and the unintentional career

Conference in Austin, where she nervously performed the album for several hundred fans, and in a follow-up phone interview

In a sense, Jones has grown up in front of her fans’ eyes. She sold 25 million copies worldwide of her

first album, 2002’s “Come Away With Me,” at 22, and earned herself a creative freedom she’s taken full advantage of ever

since. She collaborates fearlessly with everyone from Willie Nelson to Q-Tip to Mike Patton, has a side band that plays

country music, and she’s grown from a beautifully expressive interpreter to a deeply thoughtful singer-songwriter who’s

clearly,” singer-songwriter Ryan Adams said of his friend in an email. “There is an elegance to how guarded she is in her

timing and there are a lot of dimly lit corridors in her musical passages. It’s a lovely trap she sets for the listener.

Danger Mouse helps her explore those dark places more deeply than ever before. Burton, who declined an

interview request, is known for bringing something very different out of the artists he works with, including Cee Lo Green

(the two formed the duo Gnarls Barkley), The Black Keys, James Mercer of The Shins and Beck.

president of A&R at Blue Note, says “Little Broken Hearts” is another example of Burton’s ability to find hidden

they kind of took from each similarities and differences to make a true musical marriage,” said Wolf, who has worked with

Jones her entire 10-year career. “For example, Norah has a talent for giving wonderful space and breadth to her music while

Brian has a tremendous knack for these amazing layers of production. And they sort of took this yin and yang to find a

And now that “Little Broken Hearts” has been released, Jones finds herself in a

much happier mood than she posits on the album. She’s got a new boyfriend and is happy to be taking five album’s worth of

songs on tour. She’s content to focus on the now and she’s not really thinking about what comes after that.

might move back to Texas for a while and make a country album. Who knows? Wouldn’t be that strange of a move for someone who

has a piano in her kitchen.

“I really have no idea, which is fun,” Jones said. “I’m totally happy that way.” 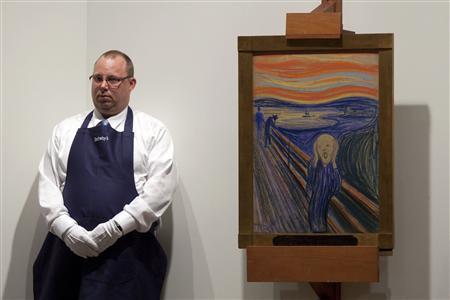 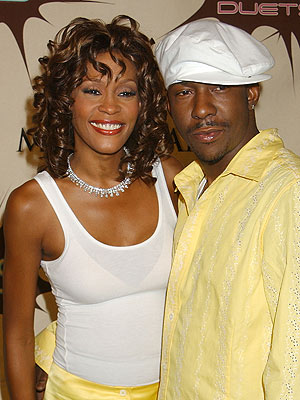 Celebrity Bobby Brown: I Did Not Get Whitney Houston Hooked …
Wildcard SSL