Poor Rihanna is trapped in her luxury hotel, under siege from legions of photographers.

You would think that there was enough pictures of Rihanna in the world without there being the need for any more, but apparently not.

RiRi is currently in Auckland, New Zealand, holed up in a hotel and unable to go out for a wander as the building has been besieged by paparazzi.

The fed-up 25-year old posted a photo to her Instagram page (ironic) of her looking out of her hotel window straight at her flashbulbed captors.

The Twittersphere was soon enraged, and told her to look in to Nazism and its horrors – which she could easily do considering she is trapped in a room with just The History Channel and Wikipedia for company.

Surprisingly, no one seems to have told her that if she stopped wearing just a towel at her hotel window then people would be less interested in photographing her and she wouldn’t be in this pickle.

In her defence Rihanna hasn’t been having the best run of luck lately.

Her new music video for Pour It Up has been slated for being pornographic, and her house was recently broken in to again.

Thankfully she wasn’t in the $12 million pad as she is still trundling across the world on the Diamonds tour.

Here’s hoping she has the latest set of house keys by the time she gets home. 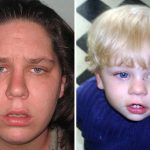 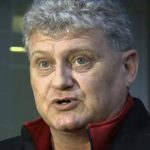 Snooki Admits: I Was Drinking When I Found Out I Was Pregnant 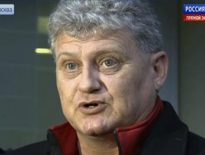 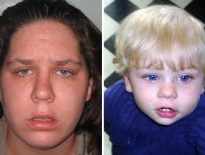