(Reuters) – Actor Robert De Niro on Wednesday apologized for joking at a Democratic fundraiser with Michelle Obama about the possibility of having a “white first lady” at the White House after November’s presidential elections. 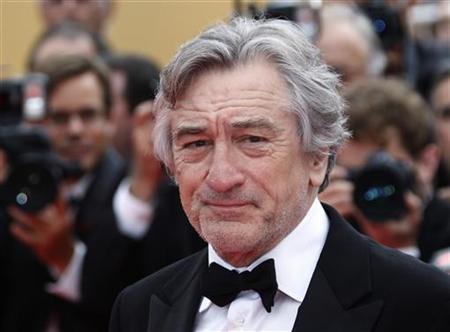 The Oscar-winning star of “The Godfather: Part II” and “Raging Bull” said he had intended no offense with the remark about the wives of Republican presidential contenders Newt Gingrich, Rick Santorum and Mitt Romney.

“My remarks, although spoken with satirical jest, were not meant to offend or embarrass anyone — especially the first lady,” De Niro said in a statement.

De Niro found himself in hot water after Monday’s fundraiser in New York when he introduced Michelle Obama as the main speaker.