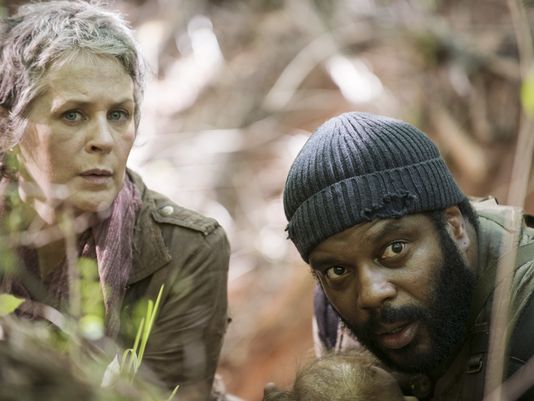 Terminus isn’t the end of the line for Walking Dead survivors — thanks to the heroic Carol (Melissa McBride).

Carol, banished from the survivors’ group by leader Rick Grimes (Andrew Lincoln) last season, returns in the nick of time in Sunday’s Season 5 premiere of the AMC drama, triggering events that ultimately save Rick, Daryl (Norman Reedus), Glenn (Steven Yeun) and others from becoming a meal for their cannibal captors.

Carol, who gets close to Terminus, a false sanctuary, by disguising herself as a walker, ingeniously blows up a propane gas tank and a protective fence using bullets and a fireworks missile taken from one of the compound’s residents. The explosion is massive, shooting some walkers up in the air as others, set aflame, walk into the now-breached encampment.

McBride, who knew she wouldn’t get hurt during filming of the action hero-y scene, could feel the heat from the explosion.

It was unbelievably awesome shooting that scene. The boom was so resounding and it vibrated through my entire chest, she remembers. I had my eyes shut waiting for it and I was like, ‘Wait a minute, it’s not going off.’ And I just start to turn my head when, ‘Boom!’ Woo! It was so much fun.

The noise and vibration of the explosion allow Rick and his fellow survivors to escape imminent death, kill many of their captors, free their fellow prisoners and escape Terminus. (Sam, a character introduced briefly last season and played by Gotham star Robin Lord Taylor, doesn’t survive the Terminus executioners.)

McBride isn’t surprised that Carol, who was abused by her now-dead husband and saw her daughter transformed into a zombie, would take the lead.

A lot of the tactics she used to survive that relationship (with her husband) pre-apocalypse are coming in very handy now. She’s very observant, very methodical, says the actress, who previously appeared in the film, The Mist, along with Dawson’s Creek and Profiler.

In many ways, I have seen her as a hero from the beginning. Deep down inside, I knew she had struggled against a lot in her life. I knew she was trying and struggling and she was still here. Anyone who has that fortitude is a hero to me, she says.

Over the course of Dead (Sunday, 9 p.m. ET/PT), Carol’s evolution has been apparent. Last season, she taught the group’s children the need to defend themselves with weapons and she killed and burned two people infected with a deadly virus because she thought she was protecting the rest of the group. Rick eventually banished her for that action.

She was strong all along. The apocalypse didn’t make her strong. The apocalypse made her show herself that she’s strong, he says. When we got to Season 4, she had become pro-active. She becomes the one who’s doing things. There was dialogue to that. Now, realizing the cost of that, she’s still willing to pay the price and she’s rewarded by gaining those skills and that strength to save the people she loves.

Gimple, who praises McBride’s acting, acknowledges that men typically get the action-hero scenes in films and movies and that we’re still at this place and time where it’s unusual for a character like Carol to be a hero, but I hope we’re moving into a time where it isn’t.

McBride enjoys the role reversal apparent in the episode, where Tyreese (Chad L. Coleman), whom Carol had joined after the prison was destroyed, remains behind to care for Rick’s baby, Judith, while Carol leaves to kill people at Terminus.

I like that they’re mixing up traditional stereotypes. That’s a lot of fun to play with, she says. I love (Tyreese) in this episode. … He’s such a big guy but such a sensitive soul. I love this physical contradiction about him. (Coleman is) just such a wonderful actor to watch.

The episode closes with some hopeful scenes. After the escape, Daryl, with whom Carol has a special bond, gives her a big hug when he sees her and Rick later is overjoyed when he finds Judith alive.

The reunion with Daryl was very emotional. Carol adores Daryl, McBride says. With Daryl running to her and embracing her, she felt a lot of love in that second.

As for Rick and his response to her return, There’s a lot to be unearthed there, she says. Being able to bring him to his daughter, does that change anything for them? It answers some questions and it brings up a lot more. 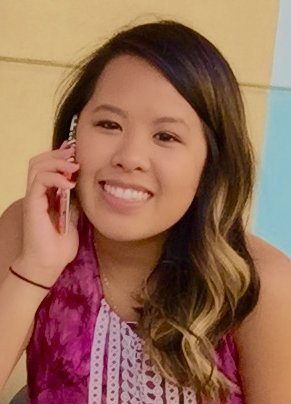 Health Ebola Puts Nina Pham, a Nurse Unaccustomed to the … 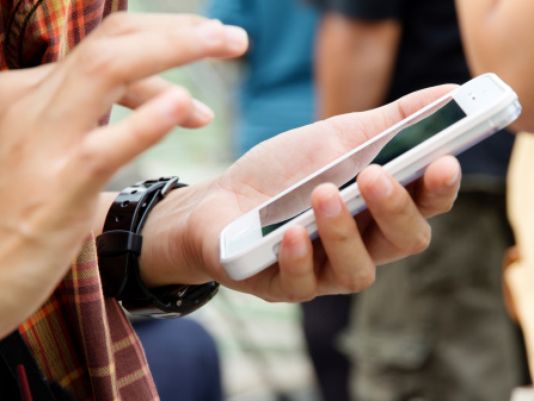