US to begin safety testing Ebola vaccine next week

WASHINGTON (AP) — Federal researchers next week will start testing humans with an experimental vaccine to prevent the deadly Ebola virus. 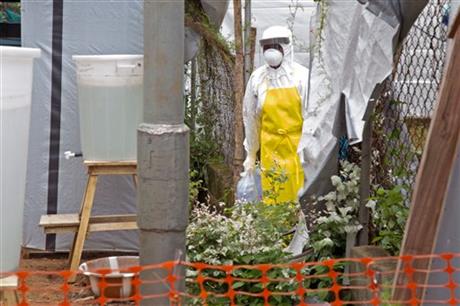 FILE – This Aug. 12, 2014 file photo shows a healthcare worker walking near a Ebola isolation unit wearing protective gear against the virus at Kenema Government Hospital in Kenema, Sierra Leone. Federal researchers next week will start testing humans with an experimental vaccine to prevent the deadly Ebola virus. The National Institutes of Health (NIH) announced Thursday that it is launching the safety trial on a vaccine developed by the agency’s National Institute of Allergy and Infectious Diseases and GlaxoSmithKline. They will test 20 healthy adult volunteers to see if the virus is safe and triggers an adequate response in their immune systems. (AP Photo/ Michael Duff, File)

The National Institutes of Health announced Thursday that it is launching the safety trial on a vaccine developed by the agency’s National Institute of Allergy and Infectious Diseases and GlaxoSmithKline. Beginning Tuesday, it will test 20 healthy adult volunteers to see if the virus is safe and triggers an adequate response in their immune systems.

Even though NIH has been testing other Ebola vaccines in people since 2003, this is a first for this vaccine and its trial has been speeded up because the outbreak in West Africa “is a public health emergency that demands an all-hands-on-deck response,” said Dr. Anthony Fauci, director of the NIAID.

This isn’t a treatment for the disease, but a hoped-for preventative measure. Fauci said the vaccine cannot cause Ebola in the volunteers being tested.

He cautioned that there is no guarantee it will work: “I have been fooled enough in my many years of experience.”

Fauci doesn’t expect results from this initial round of testing until the end of the year, emphasizing that public health measures such as quarantine, isolation, infection control and personal protective devices are still the best way to fight the outbreak that so far has killed at least 1,552 people in West Africa.

The World Health Organization Thursday estimated that the death toll could eventually exceed 20,000, while announcing new efforts to fight what Fauci called the “rapidly evolving and currently uncontrolled outbreak.”

The major target of the vaccine, if it works, would be health care workers, although residents of the area could also be eligible for the shots, Fauci said. More than 240 health workers have become infected in this outbreak, and more than 120 have died, he said.

If it works, people would get one shot in the arm to protect them from an immediate threat and eventually a second shot for longer-term immunity, Fauci said.

Testing will be at NIH’s campus in Bethesda, Maryland, and involve a mixture that uses both the current Zaire strain and another strain, Sudan. In the second week of September, NIH and a British team will test that vaccine on 100 volunteers in the United Kingdom; tests will commence in Gambia and Mali in the middle of the month. American health officials are also talking about a future trial in Nigeria.

Then a different version of the vaccine, using only the Zaire strain, will be tested on another 20 adults in October at NIH and elsewhere in the United States.

The U.S. vaccine takes a single protein from the Ebola virus and pairs it with a chimpanzee cold virus to help as a delivery system. Past vaccines have the used the same protein but different delivery systems.

Usually, the second stage of drug trials involve testing on larger numbers of people before it goes into final testing.

A British consortium has pledged $4.6 million to help speed up the vaccine tests. With some of that money, GlaxoSmithKline will be able to begin manufacturing up to 10,000 doses of the U.S. vaccine, if the tests are successful. The 10,000 doses will be ready by the end of the year and if needed, production can be ramped up for stockpiling, GSK spokeswoman Sarah Alspach said.

This testing “is exactly what needs to be done,” said Pardis Sabeti, a Harvard University professor who has been studying Ebola and was in Africa working the outbreak.

Linda A. Johnson contributed to this story from Trenton, N.J. Seth Borenstein can be followed at http://twitter.com/borenbears

US to begin safety testing Ebola vaccine next week 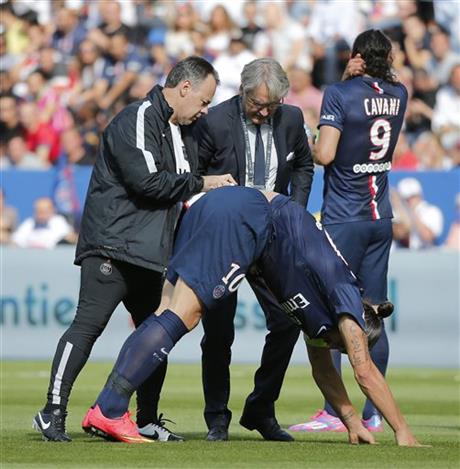 Football Zlatan Ibrahimovic back in training with PSG 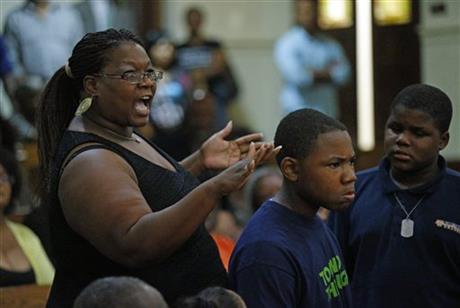