HACKENSACK, N.J. (AP) — A bitter fight between two of the New York area’s wealthiest families is playing out in the modest trappings of a county courthouse more used to seeing low-level drug offenders and alimony cheats.

On one side is James Cohen, son of the founder of Hudson News, the newsstand operator with stores in airports and train stations across the country. On the other is Cohen’s niece, Samantha Perelman, the 23-year-old daughter of billionaire Revlon Chairman Ronald Perelman.

Samantha Perelman claims her uncle systematically squeezed her out of her grandfather Robert Cohen’s will as he suffered from the debilitating effects of a Parkinson’s-like disease before dying in 2012.

The case figures to turn on whether Perelman’s attorneys can demonstrate to state Superior Court Judge Estela De La Cruz that James Cohen used undue influence to get his father to change his will several times to reduce Perelman’s share.

Cohen’s attorneys don’t mince words in court filings, calling Perelman’s lawsuit “brazen beyond belief” and the product of “pure gall.” They claim that even under Robert Cohen’s last will, penned in 2009, Samantha Perelman stood to inherit jewelry and real estate worth more than $20 million and insurance policies worth more than $47 million. They also claim her lawsuit is a thinly veiled attempt by Ron Perelman to use his daughter to get control of the Hudson News empire.

“This shameless lawsuit is filled with repackaged claims, and we are confident that the truth will again prevail as it has in every previous iteration of this nuisance litigation,” James Cohen said through a spokeswoman.

Christine Taylor, a spokeswoman for Samantha Perelman, called the accusations regarding Ron Perelman “simply not true.”

“It’s something they feel if they repeat enough times it’ll be true,” she said. “It couldn’t be further from the truth, it has never been the case and it has never been contended that the business should go to Ronald Perelman or Samantha. They would like to make it about Ronald because it’s easier to beat up on a grown-up than a 23-year-old girl.”

James Cohen, who lives in northern New Jersey, began working for Hudson News in 1980, became CEO in 1994 and had always been in line to inherit the business from his father, according to his court filings. He is credited with developing it into a business that sold for $805 million in 2008.

In the 2004 document that Samantha Perelman is seeking to be considered her grandfather’s last valid will, she stood to receive real estate in Palm Beach, Fla., New York City and Englewood; $25 million in cash; $500,000 a year for 10 years; a corporate jet; and other assets totaling about $150 million, according to her court filings. Her attorneys charge that once her mother, gossip columnist Claudia Cohen, died in 2007, James Cohen took control of his father’s estate planning, and the “changes adverse to Claudia and Samantha came repeatedly, relentlessly and secretly.”

Over the next several years, Robert Cohen’s physical condition worsened steadily as he battled progressive supranuclear palsy, a disorder that attacks muscular control and ultimately left him unable to walk, speak or care for himself, according to court papers.

In a previous trial, also in Hackensack, a different Superior Court judge ruled against the Perelmans and concluded that Robert Cohen was “fundamentally sound” in his thinking and legally allowed to make a new will. Under the law, however, a person can still be unduly influenced in the making of a will even if he or she is considered to have mental capacity, both sides said.

Samantha Perelman graduated recently from the University of Pennsylvania and is pursuing an MBA at Columbia University. Court papers revealed that her grandfather referred to her as “Little Cupcake.” She is expected to testify next week.

“My mother always taught me to stand up for what I believe, and I know she would have been heartbroken by what was done in connection with her father’s will,” Samantha Perelman said in an emailed statement. “This is my case and I intend to make sure my grandfather’s true intentions are carried out.” 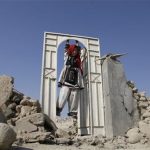 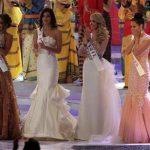 Billionaire’s daughter in NJ court in will dispute 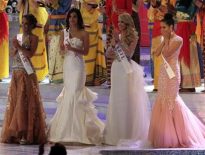 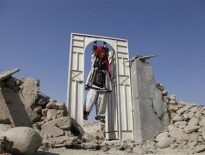