At 31, Daniel Kaluuya has already outlived revolutionary Black Panther leader Fred Hampton by a decade – and he says taking on that role was heavy.

In director Shaka King’s Judas and the Black Messiah (in theaters and streaming Friday on HBO Max), Kaluuya plays Hampton, chairman of the Illinois Black Panther Party. While trying to better and uplift his community, Hampton is targeted by the FBI and J. Edgar Hoover (Martin Sheen), who initiates a counterintelligence program to silence political dissent and prevent the rise of a Black messiah. Hampton, 21, ends up betrayed by one of his own, Black Panther informant William O’Neal (Lakeith Stanfield), and is shot to death in a police raid.

It felt heavy, Kaluuya says. It’s a lot of weight to carry. Awakening people that are asleep, you have to deeply understand why they’re asleep and carry that and show compassion to that and move to them from their perspective and awaken them like that. So it’s a lot of thoughts, a lot of things happening. There was a deep, deep, deep, deep weight on me, around me and in me.

The Black Panther star immersed himself in the activist’s life in preparation. To speak like Hampton, he also had to think like Hampton, and it took a long time. I don’t believe in shape shifting – your spirit is shifting, your shape follows, says Kaluuya, who religiously watched videos of Hampton’s speeches and read about the people Hampton referenced in his talks to understand his mindset.

Kaluuya has been relaxing and probably gained a bit of weight since portraying Hampton, but embodying the Black Messiah and carrying his story is not a character the actor can simply shed.

I just know some stuff and that’s me now. You can’t be unchanged by it. You can’t say ‘Oh, I want to be as light as I was in 2016,’ no, you’re not. You’ve seen something, Kaluuya says. It’s only a weight that’s a detriment if you resist it. I just stopped resisting and just accept it. I go, ‘Yeah, yeah, that happened.’ I’m grateful for it, I’m blessed it happened and I move accordingly.

For Fred Hampton Jr., born less than a month after his dad’s assassination, change is something he’s been looking forward to. Though he hopes the conversation can carry on beyond Black History Month, he’s inspired that his father’s story is being shared widely, reaching people who otherwise wouldn’t know of him.

It hasn’t completely sunk in yet, says Hampton Jr., who served as a consultant on the set, citing the Dream Team of talent involved (Kaluuya, Stanfield, King and producer Ryan Coogler). I think it’s right on, it’s powerful that this conversation can be on the big screen to inside the homes to the barbershops to the pool halls.

That 50 years have passed since Hampton’s story and Black people are still demanding racial equity both frustrates and angers Kaluuya, who sums up the situation with a string of expletives. But we keep moving, we keep rising, despite it, he says.

What’s happening to us is not about us or from us, and let’s stop internalizing it. It has nothing to do with us. We’re just impacted by it, but it’s steeped in white anxiety and white fear, so let’s keep it there. Let them have it, let them deal with it, Kaluuya says of the racial inequalities Black people still fight against. Let’s stop rooting it within us and stop saying this is our identity. Blackness and racism are not synonyms.

Though Kaluuya is still meditating on what exactly reform means to him and how to go about it, he’s sure of two things: We can’t look to people who don’t like us to help us and there needs to be action. 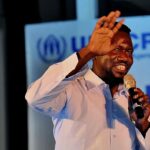 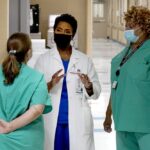 The African chief converted to Christianity by Dr Livingstone

BlackBerry to ask regulators to probe report on returns 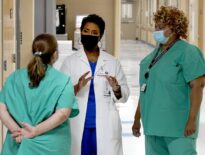 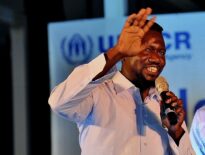