(CNN)First lady Michelle Obama, on a visit to London on Tuesday, announced a new partnership between the United States and United Kingdom to improve girls’ access to education around the world.

The two countries are launching a nearly $200 million partnership to continue their collective support for adolescent girls’ education, according to a news release from Obama’s office. Obama met with Prime Minister David Cameron to officially announce the initiative.

Special attention and portions of the funds will be devoted to countries affected by conflict and crisis, with the Democratic Republic of the Congo set to receive $180 million over five years, benefiting more than 755,000 girls aged 10 to 18, according to the press release.

And the United States and United Kingdom will collaborate to improve girls’ access to education by enrolling students in accelerated primary school programs, reducing barriers to school access and mobilizing parental and community support. Both countries will also try to improve the quality of materials used in teaching and learning, and to improve school governance.

The United States and United Kingdom will share data on adolescent girls’ education from various advocacy and academic organizations, including the University of Cambridge and Georgetown University, and produce research and provide guidance and technical support through USAID’s Education in Conflict and Crisis Network.

Education makes girls ‘more likely’ to raise educated families
Additionally, the partnership will encourage other advocacy organizations to collaborate and share community-based solutions to assist vulnerable girls, with the U.S. Peace Corps and U.K.’s Campaign for Female Education set to share best practices developed based on their experience.

The press release said that 62 million girls are out of school around the world.

And it said that when a girl receives a quality education, she is more likely to earn a decent living, raise a healthy, educated family and improve the quality of life for herself, her family and her community.

As part of her Let Girls Learn initiative, Obama also met with students in London to discuss how the two countries are working together to expand access to girls education around the world.

Earlier Tuesday, Obama met with Prince Harry at Kensington Palace, where they talked about Let Girls Learn and their interest in supporting veterans and their families. 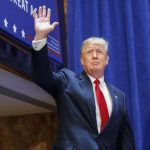 US presidential race 2016: The candidates so far 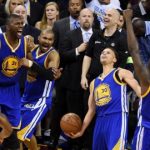 Abu Qatada to be released from prison

The gay airman who took on the US military

Health: Correct medical care is the difference between life and death for asthma sufferers like my daughter 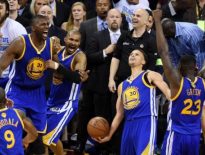 Basketball Warriors see off Cavaliers to be crowned NBA champ… 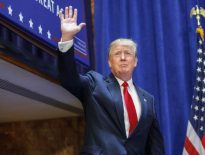 News US presidential race 2016: The candidates so far