WASHINGTON (AP) — There’s a new cadence to President Barack Obama’s musings about Congress: Why can’t House Republicans be more like their mates in the Senate? 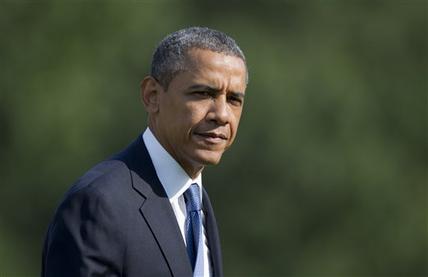 In this July 30, 2013, photo, President Barack Obama walks from Marine One, across the South Lawn of the White House to the Oval Office in Washington, as he returns from Chattanooga where he spoke about the middle class and the economy. There’s a new cadence to President Barack Obama’s musings about Congress: Why cant House Republicans be more like their mates in the Senate? As Obama presses his economic agenda across the country, hes playing one chamber against the other, hoping Americans will hear his calls for compromise and conclude its not his fault almost nothing is getting done in Washington. (AP Photo/Carolyn Kaster)

As Obama presses his economic agenda across the country, he’s playing one chamber against the other, hoping Americans will hear his calls for compromise and conclude it’s not his fault almost nothing is getting done in Washington.

Call it a congressional two-step: Praise Senate Republicans for modest displays of cooperation, then contrast them with House Republicans, whom Obama has started describing as stubborn saboteurs. It’s a theme Obama has used repeatedly to bolster his argument that he’s the one acting reasonably as he prepares for clashes this fall with Congress, whose relations with Obama have always been notoriously strained.

“A growing number of Republican senators are trying to get things done,” Obama said Tuesday as he unveiled a new fiscal proposal in Chattanooga, Tenn.

Days earlier, Obama accused the House GOP of risking another financial crisis by issuing ultimatums over the debt ceiling and government funding.

“We’ve seen a group of Republicans in the House, in particular, who suggest they wouldn’t vote to pay the very bills that Congress has already racked up,” Obama said. “That’s not an economic plan. That’s just being a deadbeat.”

Obama has reason to be cautiously optimistic about the Senate, which passed a far-reaching immigration overhaul Obama sorely sought with bipartisan support and struck a deal over Obama’s nominees that has led to a flurry of confirmations after months of logjam. A number of prominent GOP senators have also criticized a Republican plan to threaten a government shutdown unless funding is cut off for Obama’s health care law.

But even in the Senate, there’s skepticism about Obama’s intentions. Sen. Jeff Sessions, R-Ala., said Obama’s contrasting tone about the House and Senate amounts to a divide-and-conquer strategy that calls into question the White House’s outreach.

“These discussions have been going on for five years and no agreements have been reached yet,” Sessions said. “It could be the president is playing the Senate like a fiddle.”

On most issues – including pressing tax and spending matters – Senate and House Republicans are unified in their opposition. There was no telling Republicans apart Tuesday, for instance, as they panned a corporate tax cut and jobs spending package the White House had portrayed as a concession to Republicans – who oppose using tax revenue to support more spending. That proposal will be among the topics Obama discusses Wednesday when he meets separately with House and Senate Democrats.

For a president who vowed to change Washington and bust through gridlock, peeling off a handful of votes on immigration and nominees is hardly a case study in government by consensus. In fact, when Obama persistently knocks House Republicans, it only seems to reinforce that he’s unlikely to get any major legislation through the House in his final years.

Senators, who represent statewide constituencies, may have fewer misgivings about working with Obama, and in recent weeks Obama’s top aides, including his chief of staff and budget director, have held regular meetings with some Senate Republicans that both sides describe as productive and affable.

In the House, where most members come from lopsided districts that overwhelmingly favor or oppose the president, there’s even less middle ground to navigate. In fact, White House aides say it would be counterproductive to cozy up to House Republicans, who need to prove they’re actively fighting Obama’s agenda lest they face a primary challenge from someone more conservative.

Brendan Buck, a spokesman for House Speaker John Boehner, R-Ohio, said leaders want Obama more engaged with the GOP rank and file. He said Republicans perceive Obama’s recent speeches as an attempt to get his head in the game for upcoming fights rather than a genuine attempt to move forward on policy.

So with prospects dim for striking deals with the House on his second-term priorities, Obama has settled for what he can accomplish: encouraging deal-making in the Senate in hopes it pressures the House and making the argument that if progress fails to materialize, it’s Republicans’ fault.

“Don’t underestimate the deep ideological difference of opinion between the president and most of my colleagues on the Republican side,” said Sen. Marco Rubio, R-Fla., one of the immigration bill’s chief supporters. On other issues, “I don’t think there’s going to be a lot of progress as long as he insists that government spending is the source of prosperity.” 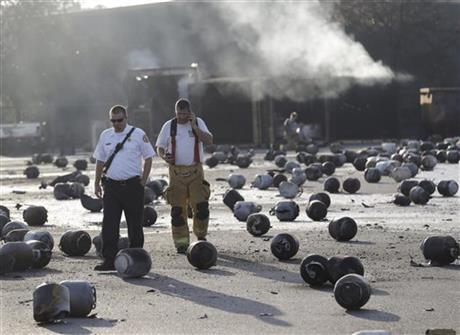 News Cause of Fla. gas plant blast being investigated 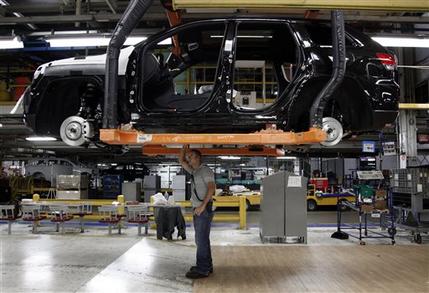