BOSTON — Dzhokhar Tsarnaev, the man at the center of the Boston Marathon bombing trial, has been something of a mystery in the two years since his incarceration and throughout his trial. He has made no statements, and as he has sat in court, he has seemed disengaged, his blank expression revealing nothing. 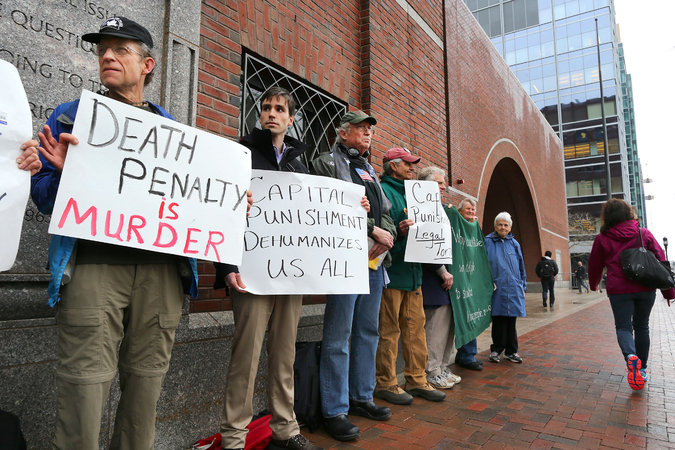 Demonstrators against capital punishment outside federal court in Boston on Tuesday, the first day of the penalty phase in the marathon bombing trial. Credit John Tlumacki/The Boston Globe, via Associated Press

But the jury received a startling glimpse Tuesday of his mind-set in July 2013, three months after the bombing, when he was being arraigned. Mr. Tsarnaev, then 19, was alone in a holding cell, wearing prison orange, when he walked up to a surveillance camera and angrily thrust out his middle finger.

Gasps went up in the courtroom as the prosecutor, Nadine Pellegrini, unveiled an enlargement of the photograph, which had not been seen in public before.

This is Dzhokhar Tsarnaev, unconcerned, unrepentant and unchanged,” Ms. Pellegrini said. At the time, he had been indicted in connection with the 2013 bombings, which killed three people and injured 260 others.

Without remorse, he remains untouched by the grief and the loss he caused, and he remains the unrepentant killer,” she said.

The image was the government’s opening move in the sentencing phase of Mr. Tsarnaev’s trial, which began here Tuesday. With Mr. Tsarnaev’s life on the line, this phase is expected to be far more contentious, emotional and unpredictable than the first phase, which established his guilt — a foregone conclusion after his lawyers admitted his involvement.

The jury that found Mr. Tsarnaev guilty on April 8 of all 30 charges against him will now decide whether to sentence him to death, as the government wants, or to life in prison, which the defense seeks.

The government’s case is expected to last through the end of the week. The defense plans to make its opening statement when it begins its case, possibly on Monday.

As it seeks to save Mr. Tsarnaev’s life, the defense plans to depict him as an unmoored adolescent from a dysfunctional immigrant family who fell under the influence of his controlling older brother, Tamerlan, a violent jihadist bent on retribution for American-led wars that killed Muslims.

But with the photograph of Mr. Tsarnaev making a defiant gesture, and his brother nowhere in sight, prosecutors were laying down a marker that Dzhokhar was instead a willful young man who was nobody’s patsy.

Millions of people come from dysfunctional families, Ms. Pellegrini said, but they do not blow past normal boundary lines to become murderers, as Mr. Tsarnaev did. The lines he was willing to cross make him fundamentally different,” she told the jury.

And he should not be able to shirk responsibility for heinous crimes that he committed by blaming someone else, she said. She quoted Shakespeare (The fault, dear Brutus, is not in our stars, but in ourselves”) to convey that people choose the lives they lead.

His destiny was determined by his actions, and he was destined and determined to be America’s worst nightmare,” she said. He twisted the marathon into something cruel and ugly for his own purposes.”

Because of who he is, she said, the government wants him sentenced to death.

In seeking to humanize the victims, Ms. Pellegrini dwelled Tuesday on photographs of the four people who were killed — the three in the bombing, Martin Richard, 8; Krystle Campbell, 29; and Lingzi Lu, 23; and Sean Collier, 27, an M.I.T. police officer killed by the brothers in a failed attempt to get his gun.

After the opening statement, the prosecution called witnesses who were severely wounded or who had lost loved ones in the bombings. The first was Celeste Corcoran, who lost her legs.

Mrs. Corcoran’s daughter, Sydney, was also grievously wounded, but Mrs. Corcoran was unable to reach her because of her own injuries.

The most heart-wrenching thing as a mother is to see your child in pain and not be able to get up and go to her,” Mrs. Corcoran told the court as at least two jurors wept.

William A. Campbell Jr., the father of Krystle Campbell, also testified, recounting through sobs that, because of a case of mistaken identity, he thought his daughter was alive.

They said they’d have to cut off her leg, and we said go ahead, do what you have to do,” he recalled. Then the doctor asked me to take a walk with him,” and he learned that the woman they were saving was not Krystle, who was already dead.

I passed out on the floor,” Mr. Campbell said. I couldn’t remember anything after that until I woke up five minutes later. I realized Krystle was gone, and they’d made a mistake.”

Before big speech, Clinton steps to left - but not too far
Obamacare enrollment push for the young enters 11th hour
Rove rides again, as a force behind Romney
World: Obama: Economic sanctions if Russia enters Ukraine
Former Obama aide Summers withdraws from Fed chair consideration
This New York Activist Wants To Replace A Statue Of Columbus With Toussaint L’Ouverture
Trayvon Martin: Before the world heard the cries
Obama pushes more pre-K programs while education secretary tries to save current ones 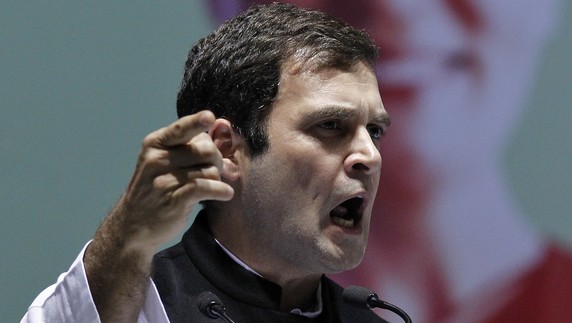 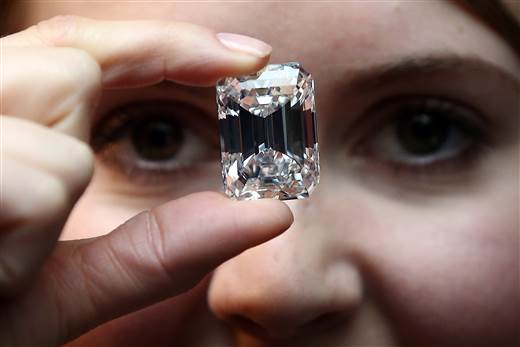