OSLO (Reuters) – A Rwandan man accused of masterminding the murder of 2,000 people in the country’s 1994 genocide led a militia that made victims dig their graves then killed them with hand grenades and machetes, witnesses told an Oslo court on Wednesday.

Sadi Bugingo, who has pleaded not guilty to a charge of aggravated murder, funded the militia, led its attack and worked with the local mayor to organise the murder spree, several witnesses testified.

Bugingo moved to Norway in 2002. He was arrested and put on trial there after Rwanda told Norwegian authorities in 2008 he was suspected of taking part in the genocide.

Police and the mayor of Kibungo municipality told Tutsi civilians to gather in a group saying they wanted to hand out rice, then let the militia kill about a 1,000 people in a few hours, said Antoine Rusheni, who lost five of his seven children in the genocide.

“We were told to line up for food, then the attackers came,” said Rusheni, who was Bugingo’s neighbour before the violence. “I could see people being killed with clubs and machetes. It seemed that Bugingo was leading them.”

“Three of my children were killed at the municipal building, two others elsewhere.”

Witnesses said Bugingo did not kill anyone himself but led, encouraged and organised the killings – acts that amount to murder in Norwegian law.

He played a similar role in the killing of another 1,000 people at the town’s St. Joseph Catholic Centre the following day, witnesses added.

More than 800,000 people were killed when Rwanda’s Hutu-led government and ethnic militias went on a 100-day killing spree in April 1994, killing Tutsis and moderate Hutus after long-standing ethnic tensions flared up.

“They had machetes, you could see they all had new machetes, all the same, and sticks with nails in them and clubs,” said another witness, Clarisse Seminega Kanyange. “They were told to dig holes in the ground to use as latrines. We later learned these were to be used as mass-graves.”

“People started to run, but the militia has already started to beat people down. I could hear grenades exploding and people crying,” she said.

Norwegian prosecutors flew in more than 20 witnesses and expect another 80 to testify via a video link in a trial that will run until December. 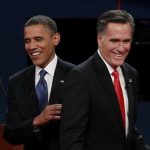 Romney goes on offensive in first debate with Obama 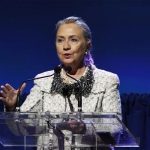 Springsteen lashes out at bankers in Berlin show

Obama going to Ohio to challenge GOP on economy 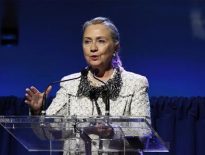 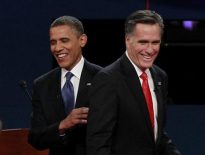 News Romney goes on offensive in first debate with Obam…