The blizzard, considered the region’s worst in 45 years and crippling all of western New York, formed late Friday and hit the western part of the state over the Christmas weekend.

The Buffalo area, located on Lake Erie near the Canadian border, was one of the hardest hit.

These included people found in snow banks, in their cars or who died of heart attacks while plowing or blowing snow.

According to a count by NBC News, at least 50 people have died in weather-related incidents in the United States since late last week.

Bitter cold combined with high winds and heavy snow, resulting from moisture captured by frigid air moving over warmer lake waters produced a storm that Governor Kathy Hochul said will go down in history as the Blizzard of ’22.

It was the most severe winter storm to hit Buffalo, New York’s second-largest city, since the Blizzard of 1977 that killed nearly 30 people. 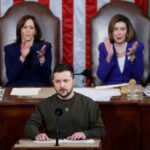 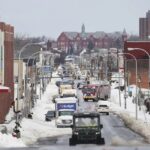 Howard Stern brings edge back to ‘America’s Got Talent’

New York: most severe blizzard in decades killed 25 in Buffalo 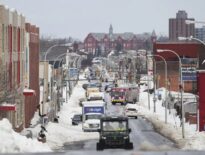 Us Buffalo roads reopen as search for storm victims c… 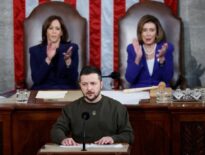