Our beloved, Rev. Dr. Joseph Echols Lowery, made his transition peacefully at home surrounded by his daughters, the Joseph & Evelyn Lowery Institute said, adding his legacy of service and struggle was long and rich.

Born in Huntsville, Alabama in 1921, Lowery worked closely alongside leading figures in the civil rights movement and with King co-founded the Southern Christian Leadership Conference (SCLC) civil rights group in 1957.

He was chosen to speak at the inauguration of the country’s first black president Barack Obama in 2009, and later that year was awarded the Medal of Freedom, the highest civilian award in the United States.

He spoke up spoke out he never gave up. He marched and he protested all across America. We mourn his passing this evening, Lewis said.

By being born black, I can’t ever remember not being in the movement, Lowery told the Journal-Constitution in a 2001 interview.

He recalled one day in 1933 that almost set him on a very different path to the civic action, protest marches and impassioned oratory that made his name.

As he was leaving his father’s candy store in Huntsville, the 11-year-old Lowery almost collided with a white police officer entering the shop.

‘Don’t you see a white man coming in?’ he recalled the officer saying, after referring to the boy using a racial epithet and hitting him in the stomach with his stick.

But by chance his father was in the house too, and after taking the weapon away, gave his son a long lecture.

After decades campaigning against racial discrimination during which he was arrested several times, Lowery was dubbed the Dean of the civil rights movement by the National Association for the Advancement of Colored People.

In 2006 he was one of many figures to criticize then president George W. Bush at the funeral for civil rights first lady Coretta Scott King over the US-led war in Iraq, a domestic eavesdropping program and the government’s response to Hurricane Katrina.

Speaking in verse, Lowery said no weapons of mass destruction were found in Iraq but that there were weapons of misdirection employed in the United States.

For war billions more, but no more for the poor, he said to cheers and applause.

Tonight, the great Reverend Joseph E. Lowery transitioned from earth to eternity. Our thoughts and prayers are with his family, The Martin Luther King Jr. Center for Nonviolent Social Change tweeted.

He was a champion for civil rights, a challenger of injustice, a dear friend to the King family. 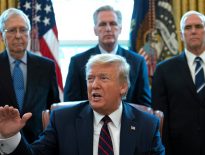 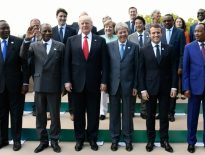