Eric Adams joined the New York Police Department because of the violence he experienced at the hands of its officers when he was a teenager.

The former police captain, who campaigned on a message of public safety and police reform, is poised to become New York City’s next mayor.

When you look at all the other mayors who have come up from where they came up from, there is no one like him. He is unique, said Sid Davidoff, a fixture in New York City politics and adviser to former Mayor John Lindsay.

Tuesday, Adams won the Democratic primary for mayor after results from the ranked choice voting election showed him holding on to a narrow lead over Kathryn Garcia, former sanitation department head.

He will face Republican nominee Curtis Sliwa, who founded subway crime-fighting group theGuardian Angels, in the general election in November. Adams is likely to cruise to victory in the city where Democrats far outnumber Republicans.

If elected, he would be the city’s second Black mayor.

The primary election focused heavily on crime and gun violence, as well as the city’s recovery from the COVID-19 pandemic.

Adams indicated he believes his run has national implications, calling himself the face of the new Democratic Party days after returns from election night last month showed him leading the race.

Adams’ campaign rejected the defund the police movement, and he advocated for increasing police presence in high-crime neighborhoods.

He called for civilianizing parts of the department staffed by officers and advocated for more Black and brown officers to be hired. Adams said he plans to appoint the city’s first female police commissioner.

He really has credibility on both sides of the issue, said Fordham University political science professor Bruce Berg.

Berg predicted Adams’ success in his first term would largely depend on where the city is in its COVID-19 recovery in January. Addressing public safety will probably be his first test.

If he can handle police reform early on, and make everybody reasonably happy … I think that that would be a very successful first year for him, Berg said.

Davidoff said Adams would take on a role he has never faced before in his political career, handling the city’s large budget and appointing heads of its vast bureaucracy.

Eric Adams, from ‘son of Brownsville’ to state senator

Adams, 60, was born in Brooklyn and describes himself as a son of Brownsville, which is a predominately Black neighborhood. He grew up in a working-class household in South Jamaica, Queens.

When he was 15, he was beaten while in police custody, he said, which sparked his desire to become a police officer and change the department from within.

I was arrested, I was assaulted by police officers, Adams told CBS on Wednesday morning. I didn’t say, Woe is me. I said, Why not me. I became a police officer. I understand crime, and I also understand police abuse, and I know how we can turn around not only New York but America.

In 1984, Adams joined the department and later served as the head of the Grand Council of Guardians, a Black officers’ group. In 1995, he formed 100 Blacks in Law Enforcement Who Care, an advocacy group that sought to fight racial profiling and police brutality while restoring trust among Black residents.

During the 1990s, Adams was briefly registered as a Republican. He left law enforcement in 2006 when he was elected to New York’s state senate. He served as a senator until 2013. 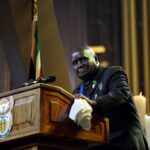 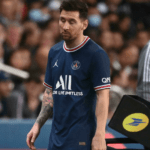 Iran not ready for visit to suspect nuclear site

Eric Adams is poised to be New York City’s next mayor. Who is he? 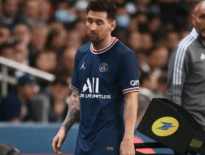 Football Injured Messi ruled out of midweek action with PSG… 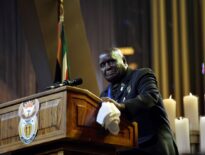