A professor at Delta State University who was suspected of fatally shooting his companion and then another professor at the school was found dead Monday night, apparently with a self-inflicted gunshot wound.

The suspect, Shannon S. Lamb, who taught geography and social science education at the university, was pulled over around 10:30 p.m. by the local police in Greenville, Miss., about 35 miles to the west of the campus in Cleveland, Miss., the university’s police chief, Lynn Buford, said in a phone interview early Tuesday.

According to Chief Buford, Dr. Lamb ran into a wooded area. The local police followed him and, while waiting for backup, heard a gunshot. They found Dr. Lamb, who was taken to a hospital and pronounced dead.

Campus lockdown is over, the university’s president, William N. LaForge, announced via Twitter shortly after midnight.

Dr. LaForge also announced a candlelight vigil on campus for 7 p.m. Tuesday. University offices will be open on Tuesday, but classes have not yet resumed.

The slain educator, identified as Ethan A. Schmidt, 39, was an assistant professor of American history who taught both undergraduate and graduate courses, according to the university’s website.

Hours before shooting Dr. Schmidt, Dr. Lamb shot his girlfriend, Amy Prentiss, at their home in Gautier, Miss., according to the local authorities.

Officers had not established a motive for the killings.

The authorities said they did not believe Dr. Lamb was still on campus, and a spokesman for the Mississippi Highway Patrol, Johnny Poulos, said investigators were searching for a black 2011 Dodge Avenger that they believed he was driving.

We’re working right now under the assumption that both events are related, a spokesman for the Gautier police, Matthew Hoggatt, told The Sun Herald in Biloxi. The police in Gautier said later Monday that they had spoken to Dr. Lamb and that he told them he’s not going to jail, The A.P. reported. They would not say when or how they had spoken to him.

The Bolivar County coroner’s office was notified of the campus shooting around 10:40 a.m., a deputy coroner, Murray Roark, said. In a message posted on Twitter a little before 12:30 p.m., officials at the university said the campus was on lockdown. Please stay inside and away from windows, the post read.

The shooting took place near Jobe Hall, where many professors have offices, officials said. More than 3,000 students are enrolled at the public university, which is in the Mississippi Delta on the western side of the state.

Classes were canceled for the rest of the day. The police eventually began to usher students out and questioned them about what they had seen or heard.

By late afternoon, even without an arrest, residents in the town were getting their lives back to normal, said John Joel, the owner of the Pickled Okra bar and restaurant. As normal as we could, I guess, he said.

He described Cleveland as an everyone-knows-everyone town. met Dr. Lamb had played in a band at the bar this year.

Sean Cunningham, the chairman of the Texas Tech University history department, said in a phone interview that Dr. Schmidt was a professor at the university from 2007 to 2013.

He said faculty members were shocked and horrified by the news of the killing.

He will be deeply missed, and he was a presence in our department, Dr. Cunningham said. 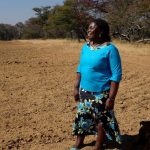 Zimbabwe seized white farmers’ land. Now some are being invited back. 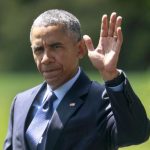 Violence in Lebanon over Syria 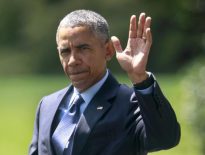 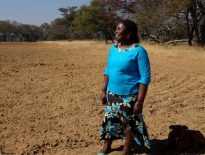