(Reuters) – France pulls the plug on the Minitel this weekend, a home-grown precursor of the Internet which brought on-line banking, travel reservations and even sex chats to millions a decade before the World Wide Web. 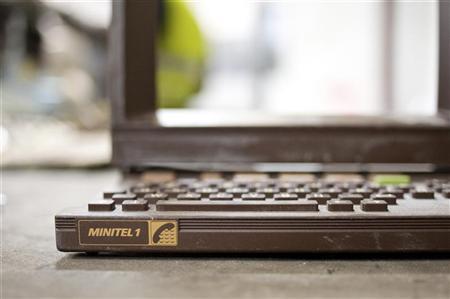 The plastic shell and keyboard of a French Minitel terminal is broken down for recycling in Portet-Sur-Garonne, southwestern France May 23, 2012. REUTERS/Bruno Martin

In a country where resistance to all things “Anglo-Saxon” runs deep, the Minitel evokes both pride at French technological prowess and regret that the country failed to capitalize on the commercial online network, launched in 1982.

By its peak in the late 1990s, some 25 million people in France were using Minitel’s 26,000 services, ranging from checking the weather to buying clothes and booking train tickets.

But its creator, France Telecom, was unable to sell the clunky system overseas.

“With the Minitel, we invented a lot of today’s technology,” said Jean-Paul Maury, former director of the Minitel project at France Telecom.

“A terminal accessing a service located at the end of the world, that was born with the Minitel: by that I mean the Internet and all online networks.”

Aficionados are preparing to mourn the passing of the network, ironically enough, on the Internet. On social networking site Facebook, groups have sprung up to prolong its memory, proclaiming: “No to the end of the Minitel”.

For many French, the Minitel is a reminder of a time when their country – often criticized for stifling entrepreneurial innovation – was at the cutting edge of modernity.

Under Socialist President Francois Mitterrand, the France of the 1980s led the world with its bold modern architecture – like the glass pyramid outside Paris’ Louvre museum – its groundbreaking TGV high-speed train, and supersonic Concorde passenger plane.

Originally designed by France Telecom as an online directory to save paper, the Minitel was a drab, box-like terminal with a keyboard that used ordinary telephone lines to transmit information.

The technology it used, videotex, was nothing new – Britain already had Ceefax, the U.S. NAPLPS, and Germany was preparing to launch its Bildschirmtext.

Its unique feature was the wealth of services it inspired, accessible via the dial-up code 3615. The most famous of these was “Minitel Rose”, or “pink Minitel”, a plethora of sex chats that encouraged some users to run up astronomical phone bills.

The government played a role in championing the technology, financing the distribution of millions of free terminals to ensure widespread pick-up.

But like France’s national pop icon Johnny Hallyday – once dubbed “the greatest rock star no-one has ever heard of” – the Minitel never caught on outside the country.

An expansion into Ireland – seen as a beachhead to the Anglo-Saxon world – proved a commercial flop as the terminals were not free.

“People were amazed and kept coming to see how it worked. But you had to be able to develop the low-cost terminals and then construct all the services and other countries didn’t want to make the effort,” Maury said.

While the Internet protocol was standardized in 1982, introducing the concept of a world-wide network of computers, it was not until the mid-1990s that restrictions on commercial traffic were lifted.

Since then the rapid growth of Internet services has made Minitel obsolete but many in France still use the plastic boxes.

France Telecom estimates 670,000 terminals are in circulation, mostly used by farmers to exchange information on cattle and by doctors to transmit patient details to the national health service.

Family doctor Bernard Cointreau, 58, admits he’s one of a dying breed. His tiny surgery in Paris’ cloistered Place des Vosges is a throwback to a different era, when computer graphics were pixilated mosaics and global computer viruses were the stuff of dystopian nightmares.

He says patients often giggled when they saw the greying Minitel box perched on his antique desk.

“It’s sad that it’s going because we really had something revolutionary at the time,” he said, adding sheepishly: “Computers aren’t really my strong point so this system suited me fine.”

For the mushroom-colored box, however, this is not the end of the road. Some 90 percent of the terminals will be recycled in Portet-sur-Garonne in southwest France, with their plastic casing turned into car bumpers and metals reclaimed from the electronic components. 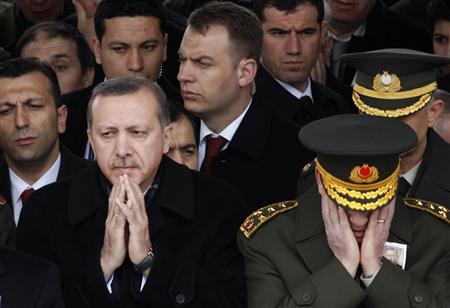 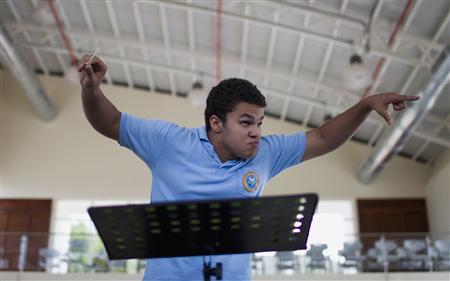