Facebook and Instagram have begun promptly removing posts that offer abortion pills to women who may not be able to access them following a Supreme Court decision that stripped away constitutional protections for the procedure.

Memes and status updates explaining how women could legally obtain abortion pills in the mail exploded across social platforms. Some even offered to mail the prescriptions to women living in states that now ban the procedure.

Almost immediately, Facebook and Instagram began removing some of these posts, just as millions across the U.S. were searching for clarity around abortion access. General mentions of abortion pills, as well as posts mentioning specific versions such as mifepristone and misoprostol, suddenly spiked Friday morning across Twitter, Facebook, Reddit and TV broadcasts, according to an analysis by the media intelligence firm Zignal Labs.

By Sunday, Zignal had counted more than 250,000 such mentions.

The AP obtained a screenshot on Friday of one Instagram post from a woman who offered to purchase or forward abortion pills through the mail, minutes after the court ruled to overturn the constitutional right to an abortion.

DM me if you want to order abortion pills, but want them sent to my address instead of yours, the post on Instagram read.

Instagram took it down within moments. Vice Media first reported on Monday that Meta, the parent of both Facebook and Instagram, was taking down posts about abortion pills.

On Monday, an AP reporter tested how the company would respond to a similar post on Facebook, writing: If you send me your address, I will mail you abortion pills.

Yet, when the AP reporter made the same exact post but swapped out the words abortion pills for a gun, the post remained untouched. A post with the same exact offer to mail weed was also left up and not considered a violation.

Marijuana is illegal under federal law and it is illegal to send it through the mail.

Abortion pills, however, can legally be obtained through the mail after an online consultation from prescribers who have undergone certification and training. 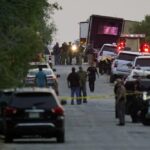 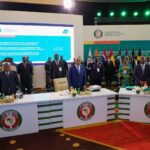 Apple rolls out iPad mini in Asia to shorter lines

Nobel for quantum “parlor trick” that could make super computers

Obama tells voters to watch Republicans, but he’s not 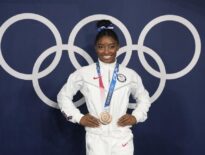 News Biden to award Medal of Freedom to Biles, McCain, … 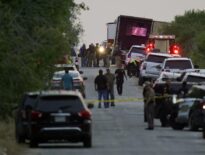 News US: 46 migrants found dead in abandoned trailer in…