I traveled with the Facebook Fit tour, moderating a panel of small businesses in New York; Miami; Chicago; and Austin, Texas, as well as providing one-on-one speed consulting for local entrepreneurs.

People think of Facebook as a social platform, and Facebook is social because it’s about real people,” said Dan Levy, Facebook’s director of global small business. “But the only way Facebook is going to succeed is when we get to the place where we’re helping them (small businesses) drive real business results, not social results. …

“We want to help drive real things: people walking in your door, people buying from you online, people downloading your application,” he said.

Don’t think your customers are on Facebook? Just ask Harrison Lindsey, digital content coordinator for Yeti Coolers in Austin, Texas. Customers for the company’s premium ice chests are fishermen and hunters, often in the wild without cellphone reception.

“Our research shows they’re on Facebook two to three hours a day,” Lindsey said. “They’re passionate and want to be engaged.”

Businesses often like Facebook ads because they show up in a user’s news feed in the middle of updates from friends and family.

You also can advertise in the right hand column on webpages, but small businesses repeatedly told me their most effective ads are in the news feed.

SURVEY: Many small businesses feel like social media wastes their time
COLUMN: Using Facebook to promote your business for free

The most compelling reason businesses find Facebook effective is that ads can reach a narrowly targeted audience. A company like Divas SnowGear of Oregon, Wis., maker of outerwear for women snowmobile riders, previously had a hard time identifying and connecting with those women.

We did traditional advertising through magazines, print, race booklets, banner ads on snowmobile websites,” said Wendy Gavinski, Divas SnowGear founder and president. “But 99% of that readership is male.

Gavinski also can target women who like certain snowmobile manufacturers or athletes.

Facebook’s targeting enables other advertisers to find prospects in almost limitless ways — recent college graduates, people who’ve just moved into a neighborhood, customers with children of a particular age, those in specific professions and much more. In this way, companies can focus all their marketing dollars on the most likely prospects, including those in who sell business to business.

If you’re going to invest in your business, invest in ways that reach the people that matter to you,” Levy said.

Facebook has come under fire since it changed its algorithm determining how frequently posts from businesses appear in news feeds of people who have “liked” their page.

In the past few months, the number of posts reaching a company’s followers without paying to boost the post has dropped dramatically, often reaching as few as 5% to 25% of followers. That’s ticked off a lot of regular business users.

I think it’s really a question of expectations,” Levy said. “We probably made a mistake in setting expectations that a ‘like’ meant you were going to see everything from that business. That was never true.

A little-known fact is that not all posts are served up to all followers from either personal or business pages.

The more someone engages with you — likes, shares, or comments on posts — the more of your posts they’ll see. It’s why you’ll always see more posts from your golf buddy than your favorite golf shop. 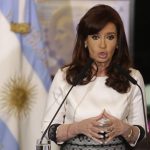 Not just Argentina: 11 countries near bankruptcy 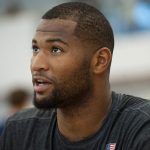 ‘Gay’ insects are having sex by accident, say scientists

Top Tips To Prepare For A Car Breakdown 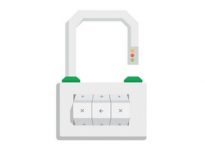 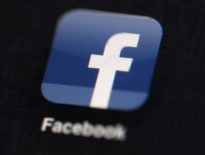