In the world of natural disasters, wildfires can be some of the most devastating. Here are a few things to look out for as a wildland firefighter.

What Is a Wildland Firefighter?

With a house or business fire, the firefighters must find the source of the fire and put it out while controlling any other flames. They do this to prevent the fire from spreading to other parts of the building or other buildings. Wildland firefighters similarly target their fires. Using wind models, they can see where the fire may be spreading and set up barriers of dirt and flame retardant to minimize the fire. They’ll also fight the fires from the air, dropping smoke jumpers into the middle of where the fire is to attack it before the other teams can get there.

Equipment is important in any profession where you’re putting your life on the line, but it is essential in wildland firefighting. Being surrounded by such high temperatures and extreme conditions can do a number on the firefighters’ tools and protective clothing. After every excursion, they check all the equipment to ensure things are working as intended and there aren’t any holes or thin areas that can put the wearer in danger. Pieces of PPE can quickly suffer the consequences of these extreme temperatures, so firefighters will often replace equipment like:

This equipment is vital for performing well in the line of duty. These firefighters must watch for signs they need to replace their wildland firefighter boots and other equipment. Worn-out soles or cracked leather can quickly turn into holes that don’t adequately protect the wearer when fighting fires.

It’s widely known that fighting fires isn’t easy, but the number of hours these firefighters need to spend in the line of duty can be exhausting. Normal workweeks for them are the standard 40 hours, but when there is a fire, they work hard. Firefighters are expected to work up to 16-hour days up to 14 days in a row. Depending on the fire, these shifts can even go longer, surpassing 24 hours in some emergencies. These workers must give their all when fighting something like a wildfire. 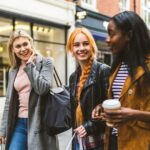 Things to look out for as a wildland firefighter 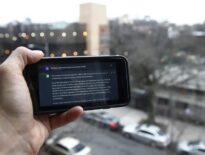 Technology Tech: What is ChatGPT and why are schools blocking…