It was an oft-invoked image on last year’s campaign trail: The typical American couple, sitting around the kitchen table making a budget to ensure their bills were paid and spending hadn’t gotten out of control. Candidates of both parties decried the federal government for failing to complete this most basic of financial tasks, citing a growing national debt and wide deficit as evidence of fiscal irresponsibility.

Turns out, most Americans don’t do it either.

A poll from Gallup shows that 32 percent of Americans put together a budget each month to track income and expenditures, and just 30 percent have a long-term financial plan laying out savings and investment goals.

Those with higher incomes or college degrees were a bit more likely to say they regularly put together a budget, though less than half in those groups said they keep close tabs on their financial life. Only about a quarter with a high school diploma or less say they do.

And, as rare as they suggest budgeting may be, the results of the poll could even look a little better than reality. People want to be seen as good citizens, so when they’re asked by a pollster whether they do things that are generally seen as positive, good-person activities, they fudge a little. Pollsters call this “social desirability bias,” and a great example of it is voting. Without fail, more people tell pollsters that they turn out to vote than actually do.

The way Gallup phrased the question highlights one way to fight social desirability bias. Its detail leaves little wiggle room for people to say “yes” unless they really keep a budget. Pollsters asked if the respondent or their spouse “prepare a detailed written or computerized household budget each month that tracks your income and expenditures,” a rather high – and specific – bar.

Compare that to a Pew Social Trends poll conducted a few years back. The Pew poll asked, “Do you have a budget to guide your household expenses or don’t you rely on a formal budget?” Described in those broader terms, 48 percent of Americans said they kept a budget.

And despite the frequent political invocation of a budgeted family, Gallup’s finding may not reflect a new trend in Americans’ financial behavior. A 1951 Gallup survey showed that only 40 percent of Americans said they had “a budget for household expenses.”

That poll asked those who didn’t maintain a budget why they skipped it. The most frequent response? We spend it all anyhow. 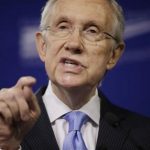 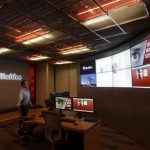 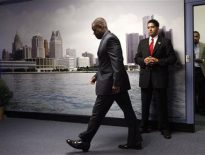 Business 10 Things to Know for Today 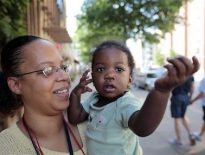