FRANKFURT — The value of the euro fell to its lowest level in years on Monday, prompting sharp declines in European stocks and creating uneasiness about whether the region is on the verge of a new economic and financial crisis.

The continued plunge, to a nine-year low against the dollar, came on the same day that global oil prices also resumed their descent, hitting prices not seen in more than five years. While cheap oil can be a good thing for consumers and energy-intensive industries, the growing worry is that the decline signals lower demand and portends a global economic slowdown.

In Europe, “there’s probably as much fear as 2012,” said Jim Paulsen, chief investment strategist at Wells Fargo Asset Management, referring to a period when worries were rampant that the euro currency union would unravel.

Mr. Paulsen said such worries were misplaced. And in fact there should be a lot for Europeans to like about the drop in oil prices and Monday’s decline of the euro to $1.19 — a 15 percent fall against the dollar since May.

Products from the eurozone will become more affordable to foreign buyers, even as the energy needed to make those products becomes cheaper. Mr. Paulsen and some other economists said that can only quicken the eurozone’s lethargic economic pulse. New data on Monday from Germany showed that inflation in the eurozone remains at worrisomely low levels, the latest sign of a despondent economy.

Other economists say that while the net effect is positive, much of the benefit may be canceled out by negative consequences — for example, a slump in world demand for exports, including from the eurozone.

And one reason for the continued decline in the euro is the much more robust growth of the United States economy, which is prompting global investors to dump euros in favor of dollars.

“I’m taking this quite cautiously,” Jacques Cailloux, chief European economist at Nomura, said of oil prices. “If oil weakness is due to lower demand, we should be very worried.”

European stock markets reflected that worry on Monday, led by a sell-off in shares of energy companies that carried over to the United States when Wall Street opened.

At least initially, investors reacted to the new dips in the euro and oil prices with alarm. The benchmark stock indexes in France, Italy and Germany all fell more than 2 percent. Energy-related stocks were among the biggest losers. The German electricity suppliers E.ON and RWE and chemical maker BASF all fell more than 4 percent.

The further declines in the euro and in oil did not change expectations that when the European Central Bank meets on Jan. 22 that it would unveil further stimulus, broad-based purchases of government bonds, so-called quantitative easing.

When deciding policy, E.C.B. officials are probably focused on the inflation rate more than the value of the euro or the price of oil, and the German data indicated that inflation continues to fall to levels considered dangerously close to deflation — a downward price spiral that is poisonous for corporate profits.

German inflation was just 0.1 percent in December, according to an estimate by the government statistics office.

An official estimate of inflation in the eurozone as a whole is to be released on Wednesday. Analysts expect the rate to fall to close to zero or even below it, putting further pressure on the European Central Bank to act.

The fate of the eurozone economy depends on which school of economic thought turns out to be right, something that probably will not become clear for several months.

Eurozone companies that earn revenue in dollars will enjoy a surge in profits, said Mr. Cailloux of Nomura, simply because dollar sales will translate into more euros in the quarterly earnings report. But it doesn’t necessarily follow, he said, that companies will use the profits to expand European operations and help cut the eurozone’s 11.5 percent unemployment rate.

There are still many economists and public officials, though, who maintain that in fact cheap oil and a cheap currency are overwhelmingly good for Europe. One of them is Jens Weidmann, president of the Bundesbank and an influential member of the Governing Council of the European Central Bank.

“The cheaper oil price works like a stimulus program,” he said in an interview published Sunday by the Frankfurter Allgemeine newspaper. “Consumers and companies have to spend less and can consume and invest more.”

The statement was a signal by Mr. Weidmann that he remains skeptical about whether more E.C.B. stimulus wasneeded.

While a majority of the E.C.B. Governing Council appears to support embarking on a quantitative easing program, members may be reluctant to risk alienating Mr. Weidmann and the larger German public whose views he represents. Germany worries that it might get stuck paying a big part of the bill if the European Central Bank loses money on any eurozone government bonds it might buy as part of quantitative easing.

Whether cheap oil and a weak euro help Europe may depend on how long the low prices last. If companies believe that low prices are temporary, they may be in no hurry to invest in expansion and hiring more people.

“We’re not seeing any change in the market behavior of our customers,” Wolfgang Bernhard, chief executive of Daimler Trucks and Buses, said in an emailed statement. “So far no one believes that the prices will stay so low forever.”

There is also the fact that eurozone countries tend to be net importers of oil and natural gas — which is usually priced in dollars — meaning that their weak currency may not buy as much fuel in the future.

Still, gasoline prices for European consumers are significantly lower than they were a few months ago. Pump prices in Germany are down 9 percent since June.

Whether economists believe that cheap oil will be good for Europe often depends on how they explain why oil is cheap.

Mr. Cailloux cites weak demand as an important cause, which is bad news for the eurozone because of the region’s dependence on trade. He also pointed out that oil-producing countries are important customers for goods from Germany and other eurozone countries.

“The demand from recycling those petrodollars is going to be weaker,” Mr. Cailloux said. “Russia comes to mind.”

Those who contend that oil is cheap because of abundant supply are more optimistic. Mr. Paulsen of Wells Fargo belongs to that camp.

He argued that the eurozone was poised to benefit from a virtuous combination of low interest rates on loans, cheap oil and a competitive boost from the weak euro.

“It’s the equivalent of massive fiscal and monetary stimulus,” Mr. Paulsen said. “I think we’re going to find out Europe bounces this year rather than melts away.”

Mr. Paulsen said some of the declines in European stock prices on Monday were a beginning-of-year correction after big gains in 2014. But he conceded, “It’s just panic at the moment.” 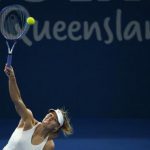 Sharapova in ominous form in first outing of 2015 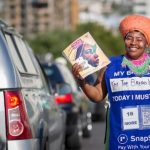 Money: Your money: Getting the biggest caffeine buzz for your buck 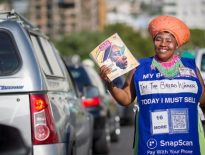 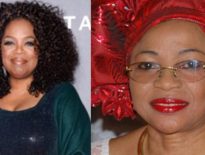