The bruising battle between Gov. Andrew Cuomo and public education advocates is going another round as the end of the legislative session nears. 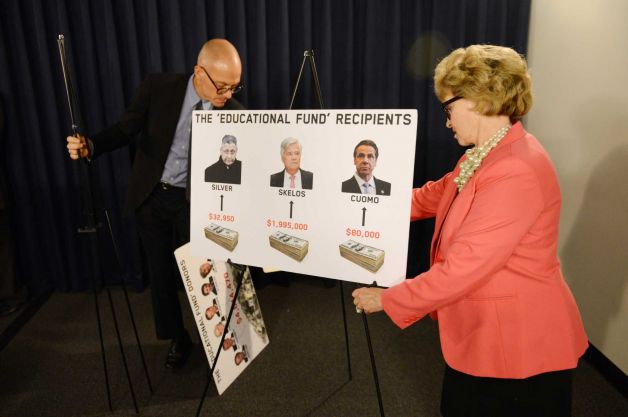 Barbara Bartoletti, League of Women Voters legislative director, right, adjusts a visual aid at the start of a press conference where opponents of Gov. Andrew Cuomos education tax credit proposal gathered to express their concerns Monday afternoon, May 18, 2015, at the Legislative Office Building in Albany, N.Y. (Will Waldron/Times Union)

Cuomo controlled the narrative on his Education Investment Tax Credit proposal on Sunday. But on Monday, the state teachers union and advocacy groups spoke loudly in opposition to his plans to incentivize donations to institutions that help public and private schools and to help provide things like tuition payments for low- and middle-income students and cash for school supplies for public school teachers.

The New York State United Teachers union unveiled Mr. Moneybags, a 60-second radio ad featuring a fictional fat cat who says the credit is a scheme designed to favor us ‘zillionaires’ and our exclusive schools.

A narrator’s voice breaks in: So let me get this straight: The rich will get millions of dollars in tax breaks, cutting the resources that could go to all kids?

A coalition of groups including the League of Women Voters, the Alliance for Quality Education and NYSUT repeated that message a few hours later as they called on the Legislature to keep away from Cuomo’s revamped Parental Choice in Education Act, which includes the credit and the aforementioned additions.

Even with sweeteners like the money for public school teachers to buy supplies, advocates still aren’t impressed with the legislation. Strong Economy for All’s Michael Kink called the credit a mashup of right-wing tax policy and standard Albany politics. The League of Women Voters’ Barbara Bartoletti said fully funding the obligations of the 2007 Campaign for Fiscal Equity settlement and addressing child poverty would be better ways to address many education issues.

Even including the DREAM Act, a progressive agenda item that would open up higher education aid to undocumented immigrants, wouldn’t be enough to make the tax credit palatable, the advocates said.

In this year’s budget negotiation, Cuomo tried to yoke the EITC to the DREAM Act in the hope that both items could be massaged through the Legislature, where a Republican-led Senate opposes the DREAM Act and a Democratic Assembly opposes the EITC. In the end, both items fell off the table.

Cuomo called the DREAM Act a priority on Sunday, but he did not indicate if he would again try linking the two measures.

For all of the harsh rhetoric lobbed by both sides of the debate in recent months, the Cuomo administration is still trying to dispel the notion that the governor is maligning public schools.

The governor wants us to be the best institution, the best system of education in the entire country, Lt. Gov. Kathy Hochul said after speaking at the state Democratic Committee’s spring meeting in Albany. It’s important, and I think this us-against-them mentality is fabricated. It’s not something that the governor believes in. He is a strong believer in giving parents choice, but it does not mean we’re not fully behind the 85 percent of children in the state of New York who go to public schools. 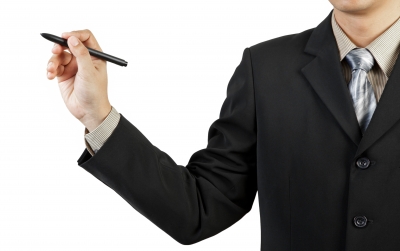 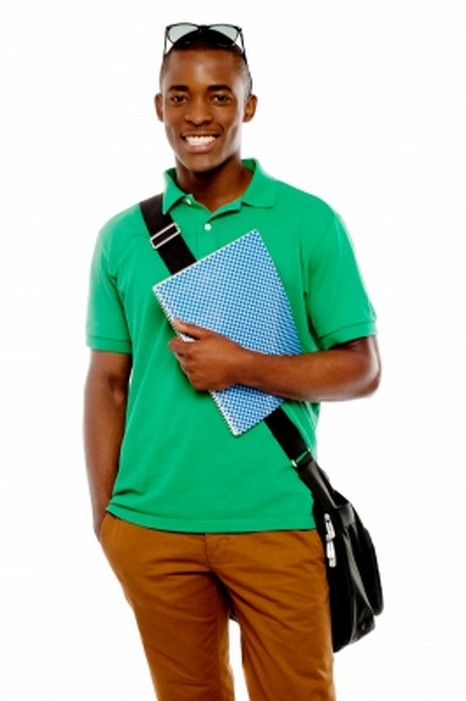 Education Tips to apply to colleges and universities
Wildcard SSL