COLUMBIA, S.C. (AP) — The first black man to become a University of South Carolina professor in 1873 was hailed Tuesday as a “man of courage,” who taught during the school’s fleeting era of post-Civil War desegregation and ended up inspiring the generations of scholars who followed.

Richard Theodore Greener, a promising intellectual who fought for racial equality, was invited to teach and live on the university’s Columbia campus during the tumultuous period known as Reconstruction.

“We are all extremely proud of this path-breaker,” said Bobby Donaldson, a history and African-American studies professor.

“The hiring of an African-American professor and the admission of black students — less than a decade after the end of slavery — were part of an extraordinary and daring experiment,” Donaldson said.

He spoke at a ceremony held to unveil Greener’s 1876 law diploma and law license. Those documents were recently acquired by the university and placed on display at the South Caroliniana Library, which is dedicated to the state’s history.

The diploma and license survived after being plucked from a Chicago home in 2009 just before it was to be demolished.

His papers are being shown as part of an exhibit on the contributions blacks have made to the university since it was first chartered in 1801. The exhibition coincides with the university’s yearlong remembrance of events that led up to 1963, when the school once again accepted black students amid the struggle for Civil Rights.

“He must have been a courageous man,” said University Harris Pastides in his remarks. “Imagine what it was like.”

Much of the South had been left in ruins by the Civil War and portions of Columbia had been burned during Gen. William T. Sherman’s famed march through the South.

The ceremony honoring Greener, which included the showing of his oil portrait, took place in the library under the stern gaze of the full-length portrait of John Hillary Gary, a Confederate officer who graduated from the university in 1861 and died in the war near Charleston in 1863.

University archivist Elizabeth Cassidy West pointed out that the post-war years offered a time of major change for those who’d been denied a full role in society.

“It was a fascinating time in our history, a time of so much hope. Reconstruction was an era when those who had been so oppressed believed they might achieve equality,” West said.

The era of integration didn’t last long after the war. In 1877, South Carolina’s government closed the school and reopened it as an all-white institution in 1880, according to university spokeswoman Megan Sexton.

“It was considered a stain on the university” to record that blacks had attended the school, West said. “Now, we look back on it, and we can say that it was really groundbreaking for a state-supported school at that time to have black faculty, a black trustee and black students.”

West said it is a stroke of luck for the school to obtain Greener’s documents. Many originals were destroyed to eradicate the memory of blacks attending the school.

South Carolina is where the four-year war began when secessionists fired on Fort Sumter in Charleston Harbor in April 1861, forcing its Union garrison to surrender.

Sexton said Greener was born in Philadelphia and grew up in Boston. At the time, one could only enter higher education by being tutored. And with the backing of a white supporter, Greener was able to get an education.

He later attended Oberlin and Phillips Academy before entering Harvard. While not the first black to enter Harvard, he was listed as its first to graduate in 1870, Sexton said. He then taught high school in Philadelphia and Washington, D.C., before heading to South Carolina.

Sexton said that when South Carolina closed the university, Greener took a job at the Treasury Department in Washington and was a professor at the Howard University law school. He began a law career in the early 1880s and later served as a U.S. commercial agent to Vladivostok, Russia. He left the foreign service in the early 1900s and settled in Chicago with relatives in 1908.

Sexton said no one knows how the documents found their way into the Chicago home, where they were saved minutes before it was to be torn down. Greener never lived in the home. But a worker kept them, and several South Carolina donors helped the university pay for the two documents to become part of the school’s historical holdings, West said.

“My heart just jumped when we unrolled them, and I saw the university seal,” said West, recalling her first glance at the tattered papers. “This was my holy grail.”

Susanne M. Schafer can be reached on Twitter athttp://twitter.com/susannemarieap. 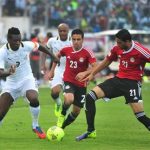 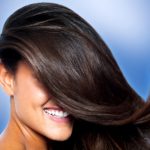 Points to be considered before buying hair extensions

Who needs a license? Self-driving cars coming our way

Nigeria says its push on Boko Haram Islamists paying off 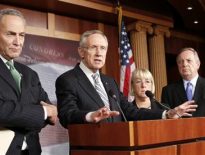 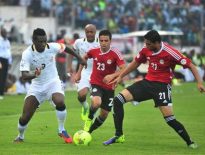