Shelley-Marie Sumner, 23, was bullied nonstop growing up because severe eczema gave her rashes all over her body. Her eczema eased and she won the Miss Black Country pageant.

A British woman who was subjected to a bullying ordeal due to her severe eczema has hit back against her tormentors – by being becoming a top beauty queen.

Shelley-Marie Sumner, 23, endured daily taunts of ‘snake skin’ throughout school due to the condition which affected her face and body and it left her desperately under-confident and considering self-harm.

But the dance teacher refused to cower away after she left school and when her eczema eased off she entered a local beauty pageant at the suggestion of her boyfriend. Now she has had the last laugh after she was crowned Miss Black Country and went on to compete in the Miss England pageant.

Shelley, from Walsall, West Midlands said: I was picked on every day at school because of my eczema and it shattered my confidence. I never dreamed I would have the courage to enter a beauty pageant, let alone win, but I’ve finally shown the bullies that their words won’t hold me back any more.

Shelley-Marie had been born with sore red patches of eczema covering her body and although doctors told her mother Tracey-Marie that she would grow out of it, the condition only got worse. By the time Shelley-Marie was a toddler, she was covered from head to toe in eczema.

It was really severe. My skin was always sticky and when my hair started to grow long, I had to have it cut short so it wouldn’t get stuck to the eczema on my neck.

It was in my eyes and the creases of my arms and legs. Mum used to bandage my hands up at night so I couldn’t scratch myself in my sleep. I still try to sleep in gloves now to stop myself scratching, because it’s become such a habit.

In primary school it wasn’t as bad as you’re only children, but at high school the bullying got much worse. People would try and get away from me like I was contagious. We had to wear long-sleeved shirts so during the summer, I was always going to see the school nurse to put my eczema cream on and cool down.

‘That definitely didn’t help. Most of the bullying was during PE lessons when I wore shorts and everyone could see the rash all over my legs. I hated it – I always tried to get out of PE, which I regret now.

I sometimes got prank calls where the bullies would just laugh and hang up on me. I was tiny too, so they called me ‘Anorexic Annie’. As a child you can’t forget the name-calling.

I never had a lot of friends. At my lowest point I was seeing the school counselor and I started thinking about self-harm. I had serious trust issues,” she says.

Shelley-Marie often went to see a dermatologist as a teenager in an attempt to soothe her sore skin, but never found the ‘wonder product’ she was hoping for.

She said: “I’ve tried lots of types of aloe vera creams, cocoa butter, steroid cream. Some of them seemed like the answer but as soon as my skin got used to them, they’d stop working. I’ve spent a shocking amount of time and money searching for the right skin products, because I have to be so careful with what I put on my face.”

By her late teens, the eczema started to die down on its own and Shelley-Marie started dating Dean Williams, 23, who assured her she was beautiful. Dean, as well as Shelley-Marie’s family, persuaded the shy blonde to enter the regional beauty pageant last year.

She said: I never thought I would have the confidence to do a pageant, but I had read that they involved a lot of charity work. I decided that even if I didn’t do well, it would be good to do something for charity and it would give me more confidence. But in the end I don’t know what made me apply. Something in me just said ‘give it a go’.

After taking part in an interview, Shelley-Marie was told she’d made the final, which took place in February 2014.

She said: Walking down the catwalk in the final was really frightening. I suffer from anxiety so it felt like a huge amount of pressure, but I knew how proud my family would be.

When it was time to reveal the winner I started taking my shoes off, knowing I hadn’t won, and then they announced my name and started playing ‘The World’s Greatest’ by R Kelly. You should have seen my face.

It was completely mad. I was sitting on a throne with this big crown on and my family were staring at me in amazement. I was extremely happy to have won it. It felt amazing to show the bullies what I could achieve, despite all their cruelty.

After being crowned Miss Black Country, Shelley-Marie went on to compete in the Miss England pageant in May, finishing in the top 20.

But her skin condition flared up yet again, nearly stopping her from taking part in the competition, held at Kelham Hall in Nottinghamshire.

She said: Two weeks before the final, my eczema came back with a vengeance and I developed shingles in my eye socket. I was devastated, but I’d obviously been overdoing it and was feeling the strain.

I ended up in hospital for four days and the doctors advised me not to do the pageant but I made them give me a steroid cream so I could go ahead with it. I didn’t want to miss the opportunity. Thankfully my rash had faded when the final came around, but I still didn’t feel back to full health.

Since winning Miss Black Country, Shelley-Marie has raised about $850 for a local children’s charity and works as an ambassador for her local area.

Although Shelley-Marie still battles bouts of eczema, becoming a beauty queen has shown her that her condition can’t hold her back from achieving her dreams.

Since doing Miss Black Country, getting involved in charity work and seeing how well I am compared to other people, it makes me feel lucky to even be here. In the future I’d like to go into schools and talk about bullying and self-esteem. I want to urge victims to speak up and not suffer in silence like I did. 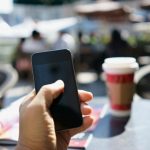 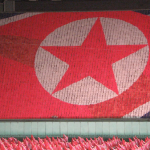 Rhinoplasty Alternative: An Introduction to a Non-Surgical Nose Job

Skin Care News: An All In One Product For Acne Is Finally Here 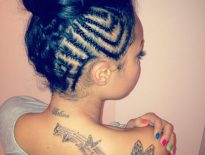 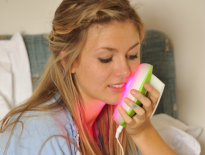