(Reuters) – Documentaries are making waves at the Toronto film festival, exploring subjects ranging from abuse in the Catholic Church to brutal massacres in Indonesia, often in novel ways.

For the first time ever in Toronto, two non-music based documentaries were given the star treatment at the festival, with gala screenings of Liz Garbus’ “Love, Marilyn” about Marilyn Monroe and Shola Lynch’s “Free Angela and All Political Prisoners” about U.S. civil rights activist Angela Davis.

The 10-day Toronto International Film Festival, which ends on Sunday, serves as a kickoff to Hollywood’s awards season and is considered a top venue for building documentary buzz.

Drawing headlines for its unusual style and brutal content, Joshua Oppenheimer’s “The Act of Killing” gives first-hand accounts of the military coup of Indonesia in 1965, which resulted in the deaths of more than one million alleged communists and ethnic Chinese.

The film follows the aging gangsters who perpetrated the killings and who remain national heroes in Indonesia.

Rather than have the men just recount their crimes, Oppenheimer allows them to gleefully re-enact the killings for his cameras, creating a chilling “film within the film” where the killers play both executioner and victim.

“I wanted to understand how do these people, and how does this society, imagine itself in such a way that this can be something to be celebrated,” said Oppenheimer, a U.S. director now based in London.

With a handful of reviews in, the film is described as “bizarre, hypnotic, audacious” by the Globe and Mail, while Variety notes that the complex narrative often loses its thread.

“Still, essential and enraging, ‘The Act of Killing’ is a film that begs to be seen, then never watched again,” Variety concludes.

Another documentary that backs away from convention is “Camp 14 – Total Control Zone,” which uses animation to illustrate a young man’s life growing up in a North Korean labor camp.

Directed by Marc Wiese, “Camp 14” is a stark and moving portrait of Shin Dong-hyuk, who was born to political prisoners and spent the first two decades of his life behind barbed wire.

Shin eventually escapes and ends up living in South Korea, where he is overwhelmed by consumerism and dreams of returning to a simple life in the North.

Featuring interviews with Shin and two former security officials from North Korea, the film paints a picture of torture and human rights abuse in the secretive nation.

Human rights are also central to the narrative in “Central Park Five,” which looks at the wrongful conviction of five black and Latino teenagers for the rape of a white woman in New York’s Central Park in 1989.

Co-directed by legendary U.S. documentarian Ken Burns, his daughter Sarah Burns, and David McMahon, the film interviews city officials, police and all five of the accused to dig into why the teenagers initially confessed and the public’s rush to condemn them despite contradictory evidence.

Biographies and autobiographies played well in Toronto this year, with Sarah Polley’s personal family memoir, “Stories We Tell,” scoring an early distribution deal with Roadside Attractions for a 2013 release.

Meanwhile, the premiere of Maiken Baird and Michelle Major’s biographical documentary “Venus and Serena” was cloaked in intrigue after the tennis champion Williams sisters canceled plans to attend the festival and withdrew their support for the film.

The film chronicles the Williamses’ journey from Compton, California, to the top ranks of women’s tennis, but the sisters were reportedly unhappy about the portrayal of their father and his role in their careers.

Oscar-winning director Alex Gibney returns with “Mea Maxima Culpa: Silence in the House of God,” serving up an indictment of the Vatican’s role in covering up cases of sexual abuse by priests.

The film, which opens in U.S. cinemas in November and will show on HBO next year, traces the story of four deaf men who were sexually abused by a Milwaukee priest. The priest was accused of abusing up to 200 children but never defrocked for his crimes.

The larger focus of “Mea Maxima Culpa” is the Vatican’s poor handling of all sexual abuse cases, including the roles the last two popes – Benedict and John Paul II – played in apparently silencing the victims.

Gibney said that while previous media articles had focused on individual sex abuse cases, he aimed to highlight how all the cases were connected.

“There hadn’t been a story … of the victims within a larger system of cover-up that existed within the institution itself,” he said.

Also grabbing attention this year are documentaries on the decades-long political crisis in the Middle East, including “The Gatekeepers,” which features groundbreaking interviews with six former chiefs of Israel’s Shin Bet secret police about the organization’s successes and failures over the years, and “State 194,” which chronicles efforts by Palestinian Authority Prime Minister Salam Fayyad to have his nation recognized by the United Nations as an independent state. 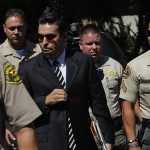 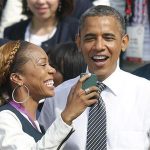 Viewpoint: How Obama secures his legacy 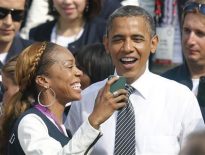 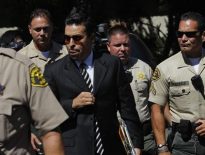