(Reuters) – A California man convicted of bank fraud was taken in for questioning on Saturday by officers investigating possible probation violations stemming from the making of an anti-Islam film that triggered violent protests in the Muslim world. 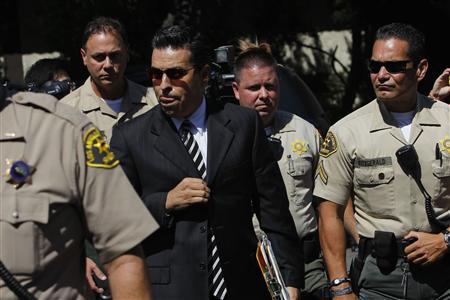 Men believed to be attorneys hired by Nakoula Basseley Nakoula, who has been linked by news organizations to the production of the anti-Muslim video, “Innocence of Muslims”, arrive at the home in Cerritos, California on September 14, 2012. REUTERS/Patrick T. Fallon

Nakoula Basseley Nakoula, 55, voluntarily left his home in the early hours of Saturday morning for the meeting in a sheriff’s station in the Los Angeles suburb of Cerritos, Los Angeles County Sheriff’s spokesman Steve Whitmore said.

“He will be interviewed by federal probation officers,” Whitmore said. He said Nakoula had not been placed under arrest but would not be returning home immediately. “He was never put in handcuffs… It was all voluntary.”

Nakoula, who has denied involvement in the film in a phone call to his Coptic Christian bishop, was ushered out of his home and into a waiting car by several sheriff’s deputies, his face shielded by a scarf, hat and sunglasses.

The crudely made 13-minute English-language film, filmed in California and circulated on the Internet under several titles including “Innocence of Muslims”, mocks the Prophet Mohammad.

The film sparked a violent protest at the U.S. consulate in the Libyan city of Benghazi during which the U.S. ambassador and three other Americans were killed on Tuesday. Protests have spread to other countries across the Muslim world.

For many Muslims, any depiction of the prophet is blasphemous. Caricatures deemed insulting in the past have provoked protests and drawn condemnations from officials, preachers, ordinary Muslims and many Christians.

U.S. officials have said authorities were not investigating the film project itself, and that even if it was inflammatory or led to violence, simply producing it cannot be considered a crime in the United States, which has strong free speech laws.

Two attorneys visited Nakoula’s home hours before he was taken in for questioning. They said they were there to consult with him.

Nakoula, whose name has been widely linked to the film in media reports, pleaded guilty to bank fraud in 2010 and was sentenced to 21 months in prison, to be followed by five years on supervised probation, court documents showed.

He was accused of fraudulently opening bank and credit card accounts using Social Security numbers that did not match the names on the applications, a criminal complaint showed. He was released in June 2011, and at least some production on the video was done later that summer.

But the terms of Nakoula’s prison release contain behavior stipulations that bar him from accessing the Internet or assuming aliases without the approval of his probation officer.

A senior law enforcement official in Washington has indicated the probation investigation relates to whether he broke one or both of these conditions. Violations could result in him being sent back to prison, court records show.

Clips of the film posted on the Internet since July have been attributed to a man by the name of Sam Bacile, which two people linked to the film have said was likely an alias.

A telephone number said to belong to Bacile, given to Reuters by U.S.-based Coptic Christian activist Morris Sadek who said he had promoted the film [ID:nL5E8KCLLK], was later traced back to a person who shares the Nakoula residence.

Stan Goldman, a Loyola Law School professor, said whether Nakoula is sent back to jail over potential probation violations linked to the film, such as accessing the Internet, was a subjective decision up to an individual judge.

“Federal judges are gods in their own courtrooms, it varies so much in who they are,” he said, noting such a move would be based on his conduct not on the content of the film.

As well as the fraud conviction, Nakoula also pleaded guilty in 1997 to possession with intent to manufacture methamphetamine and was sentenced to a year in jail, said Sandi Gibbons, a spokeswoman for the Los Angeles District Attorney’s Office.

(Reporting by Alex Dobuzinskis in Los Angeles and Bret Hartman in Cerritos; Writing by Cynthia Johnston; Editing by Louise Ireland) 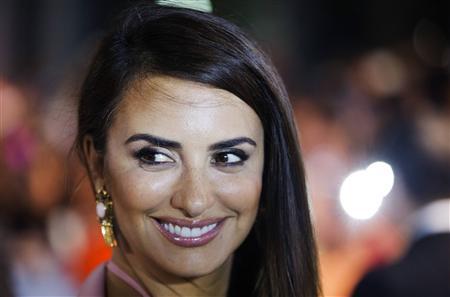 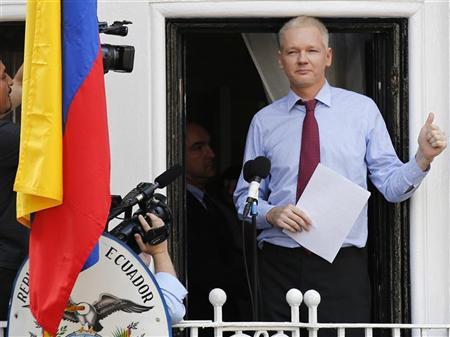