(Reuters) – Elton John used an AIDS charity concert in Kiev on Saturday to make an emotional appeal to Ukraine to stop what he called persecution of gays. 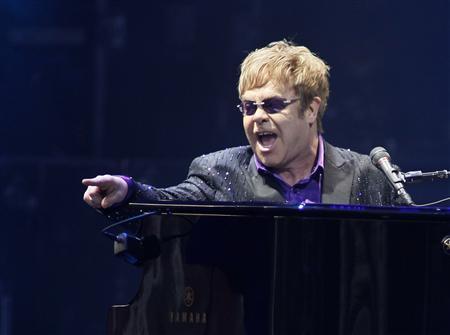 Singer Elton John performs at a charity concert dedicated to the fight against HIV/AIDS at Independence Square in Kiev June 30, 2012. REUTERS/Gleb Garanich

The 65-year-old singer broke off during a two-hour performance, part of the Euro 2012 soccer tournament co-hosted by Ukraine, to speak about reports of physical attacks on members of the former Soviet republic’s gay community.

John, a regular visitor to the country, drew cheers from thousands of Ukrainians watching his performance on huge street screens when he described Ukraine as “my second home”.

“Recently I read about violence against gay people in Ukraine. Beating up gay people is wrong. This for me does not symbolize Ukraine,” he said.

“I plead with you: Stop the violence against gay people.”

Ahead of the European soccer championship which began on June 8 and ends on Sunday with the final in Kiev, a gay pride march in the Ukrainian capital was called off and one of its leaders was beaten by assailants.

Last Saturday, another leading Ukrainian gay rights activist said he had received hospital treatment after being beaten in Kiev by a group of assailants, who screamed homophobic insults at him.

John, who entered a civil partnership with David Furnish in 2005, regularly champions respect for gay and lesbian rights. 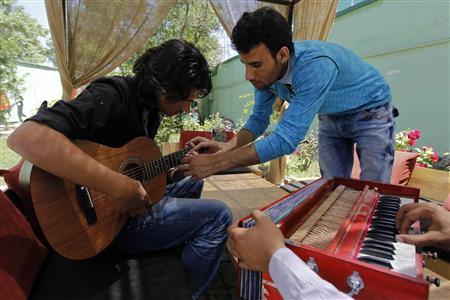 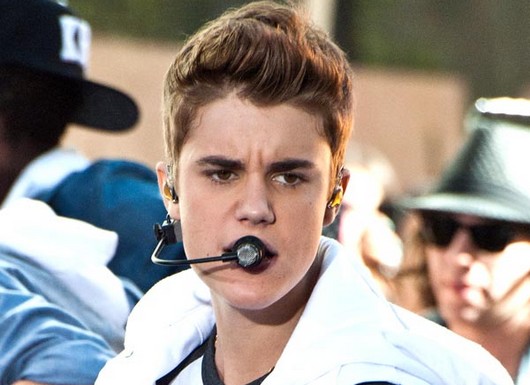