Obama scored a clear win over Republican challenger Mitt Romney in Tuesday’s vote, overcoming deep doubts among voters about his handling of the weak U.S. economy.

Americans chose to stick with a divided government in Washington, however, by leaving the U.S. Congress as it has been since the mid-term elections of 2010. Obama’s fellow Democrats retain control of the Senate and Republicans keep the majority in the House of Representatives.

After a long, bitter and expensive campaign, the 51-year-old Obama struck a conciliatory tone in his acceptance speech in the early hours of Wednesday before thousands of cheering supporters in Chicago.

“You voted for action, not politics as usual,” Obama said, calling for compromise and pledging to work with leaders of both parties to reduce the deficit, to reform the tax code and immigration laws, and to cut dependence on foreign oil.

Obama, who became the first black U.S. president when he won the White House four years ago, told the crowd he hoped to sit down with Romney in the coming weeks and examine ways to meet the challenges ahead.

The problems that dogged Obama in his first term, which cast a long shadow over his 2008 election message of hope and change, still confront him. He must tackle the $1 trillion annual deficits, reduce a $16 trillion national debt, overhaul expensive social programs and deal with the split Congress.

The immediate focus for Obama and U.S. lawmakers will be to confront the “fiscal cliff,” a mix of tax increases and spending cuts due to extract some $600 billion from the economy at the end of the year barring a deal with Congress.

Romney, the multimillionaire former private equity executive, came back from a series of campaign stumbles to fight a close battle after besting Obama in the first of three presidential debates.

The nationwide popular vote remained extremely close with Obama taking about 50 percent to 49 percent for Romney after a campaign in which the candidates and their party allies spent a combined $2 billion. But in the state-by-state system of electoral votes that decides the White House, Obama notched up a comfortable victory.

By early on Wednesday, Obama had 303 electoral votes, well over the 270 needed to win, to Romney’s 206. Florida’s close race was not yet declared, leaving its 29 electoral votes still to be claimed.

Romney, a 65-year-old former Massachusetts governor, conceded in a speech delivered to disappointed supporters at the Boston convention center. “This is a time of great challenge for our nation,” he told the crowd. “I pray that the president will be successful in guiding our nation.”

He warned against partisan bickering and urged politicians on both sides to “put the people before the politics.”

Senate Republican leader Mitch McConnell gave no sign that he was willing to concede his conservative principles, in a sign of potential confrontations ahead.

“The voters have not endorsed the failures or excesses of the president’s first term, they have simply given him more time to finish the job they asked him to do together with a Congress that restored balance to Washington after two years of one-party control,” McConnell said.

Obama’s win puts to rest the prospect of wholesale repeal of his 2010 healthcare reform law, which aims to widen the availability of health insurance coverage to Americans, but it still leaves questions about how much of his signature domestic policy achievement will be implemented.

Obama, who took office in 2009 as the ravages of the financial crisis were hitting the U.S. economy, must continue his efforts to ignite strong growth and recover from the worst downturn since the Great Depression of the 1930s. An uneven recovery has been showing some signs of strength but the country’s jobless rate, currently at 7.9 percent, remains stubbornly high.

In keeping control of the 100-member Senate, Democrats seized Republican-held seats in Massachusetts and Indiana while keeping most of those they already had, including in Virginia and Missouri.

The Republican majority in the 435-member House means that Congress still faces a deep partisan divide as it turns to the fiscal cliff and other issues.

While the Senate result was no surprise, Republicans had given themselves an even chance of winning a majority, so the night represented a disappointment for them.

International leaders offered their congratulations. Israeli Prime Minister Benjamin Netanyahu, who has had a testy relationship with the U.S. leader, vowed to work with Obama “to ensure the interests that are vital for the security of Israel’s citizens.

(Reporting by staff in Washington and other bureaus; Writing by Steve Holland, John Whitesides and Karey Wutkowski; Editing by Frances Kerry and David Storey) 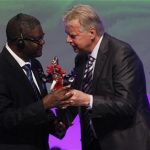 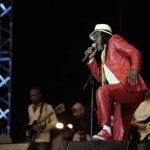 Scientists Can Levitate Nanodiamonds in a Vacuum Using Laser Light 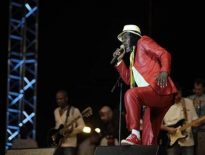 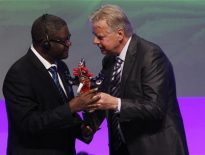