Aussie hard rock legends AC/DC got the 2015 Grammy Awards off to a rockin’ start with live versions Rock or Bust and Highway to Hell, but Sam Smith was the artist who rocked the hardest Sunday evening. He beat Iggy Azalea and friends for Best New Artist, Miley Cyrus et al for Best Pop Vocal Album, the great and powerful Taylor Swift for Song of the Year, and Beyonce and her B-Hive for Record of the Year. 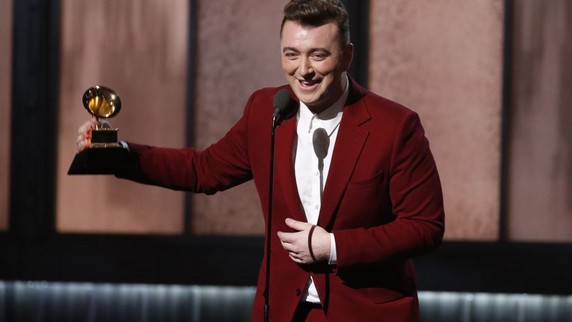 Smith, the crooning darling who stole hearts with his piercing voice and breathtaking ballads, thanked his fans after his first win of the night, telling stories of trying to lose weight and singing songs he didn’t like in order to become famous, before recommending artists instead stay true to themselves.

His Grammy performance of Stay With Me with Mary J. Blige was proof he chose the right path.

(Earlier, Smith was modest on the red carpet, saying he was just happy people know who I am. Last year, no one knew who I was.)

When Smith won Record of the Year, his fourth award of the night, he said it was the best night of my life before thanking the man he said broke his heart: You got me four Grammys.

But Smith left a few awards for others. Prince introduced Album of the Year award, saying Remember albums? He then presented the award to its shocked winner, Beck, who also won Best Rock Album.

Hi Prince, Beck said, to no reaction from the Purple One.

Pharrell logged a somewhat surprising win, claiming Best Solo Performance for his infectious hit Happy, a song that at this point seems a bit old. Beck was also a surprise winner for Best Rock Album with Morning Phase, his first win after several nominations.

Beyonce was taking home trophies before the show even started, not for singing, but for producing.

Her self-titled album won best surround sound album, an award for an album’s surround mastering and mix engineers as well as surround producer.

She followed that with a win at the Grammy ceremony itself for Best R&B Performance for Drunken Love, a song she sang with husband Jay-Z.

Best Country Album of the Year went to Miranda Lambert for Platinum, and while she had been sitting in the audience with her husband Blake Shelton when she got the good news, she forgot to thank him in her short and sweet speech once she reached the stage.

(Earlier in the evening, Lambert had part of her performance of Little Red Wagon bleeped out. So maybe Shelton got lucky.)

Bennett and Gaga’s performance of Cheek to Cheek was a highlight of the night, as was Ed Sheeran’s teaming with John Mayer. Madonna, on the other had, gave a cringe-worthy performance in which she looked every one of her 56 years old. Country star Eric Church looked a little out of his depth, unlike Lambert, who rocked it, while fellow country stars Brandy Clark and Dwight Yoakam performed a beautiful rendition of the ballad Real Good Time.

And while it was great seeing Paul McCartney on stage with Rihanna and West for the very good song FourFiveSeconds, the Beatle’s mic was turned so far down, you could not hear him. 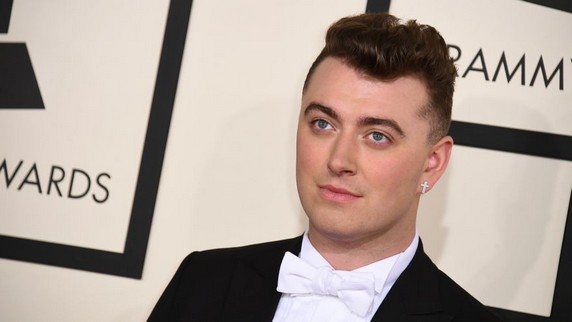 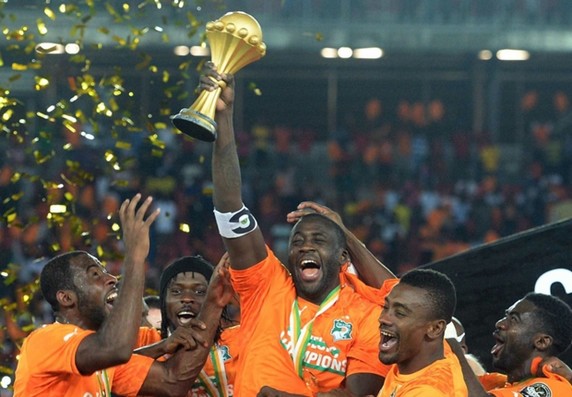