(Reuters) – Kung Fu superstar Jackie Chan said that while the upcoming film “Chinese Zodiac 2012” will be his last major action movie, citing his increasing age, he will still be packing punches in the world of philanthropy. 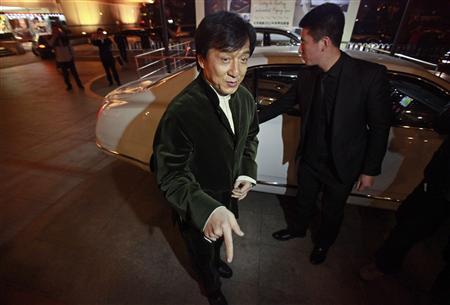 Kung Fu superstar Jackie Chan gestures in front of a car before having his Bentley 666 auctioned for charity in Beijing, November 19, 2012. Chan said that while the upcoming film “Chinese Zodiac 2012” will be his last major action movie, citing his increasing age, he will still be packing punches in the world of philanthropy. Chan wrote, directed and produced his latest film, set to premiere in cinemas next month. He also plays the lead role and said that it was probably his “best film for myself” in the last ten years. Picture taken November 19, 2012. REUTERS/Petar Kujundzic

Chan wrote, directed and produced his latest film, set to premiere in cinemas in China next month. He also plays the lead role and said that he regarded it the “best film for myself” in the last ten years.

“I’m the director, I’m the writer, I’m the producer, I’m the action director, almost everything,” the 58-year-old Hong Kong actor told Reuters while in Beijing to film a documentary.

“This really, really is my baby. You know, I’ve been writing the script for seven years,” and the film took a year and half to make, he added.

In the film, Chan is a treasure hunter seeking to repatriate sculpture heads of the 12 animals of the Chinese zodiac, which were taken from Beijing’s Summer Palace by French and British forces during the Opium Wars.

He said it was an important movie for him because it will be his last major action feature, although he insisted it is not the end of his action career.

“I’m not young any more, honestly,” he said, noting that with special effects technology and doubles a lot can be done without physical risk.

“Why (do) I have to use my own life to still do these kind of things?” he said. “I will still do as much as I can. But I just don’t want to risk my life to sit in a wheelchair, that’s all.”

Chan was recently awarded the Social Philanthropist of the Year award by Harpers Bazaar magazine. He said he wanted to increase time devoted to charitable work and hoped China’s leagues of newly wealthy will follow his example – which he underlined by auctioning a Bentley 666 for around 6 million yuan ($961,837).

China now has more billionaires than any other Asian country, but very few philanthropic organizations, and giving to charity remains a relatively new phenomenon in the world’s most populous country.

Chan said while Chinese philanthropists have made some encouraging strides, much more still needs to be done – a task made harder by the Internet, with netizens willing to leap on every perceived wrong move.

“Right now people (must) very, very be careful, but that doesn’t stop them to want to do the charity. I think it’s a good sign,” Chan said. (Reporting by Reuters Television, editing by Elaine Lies and Christine Kearney)

President Obama Gets Caught In ‘Spiderman’s’ Web — Cute Pic
Abbey Clancy shows off her impressive bikini body while frolicking on the beach in Spain
Will.i.am on top as Bowie returns to UK charts
Bye-bye Ricky, hello Tina and Amy for Golden Globes
Kim Kardashian heads out to eat with baby North and pal Jonathan Cheban
The Oscars: Angelina Jolie Practises 'Not Falling Over' As She Gears Up To Present Award At The Osca...
Rihanna donates $1.75 million to Barbados hospital
Beyoncé Reigns As The Highest Paid Woman In Music 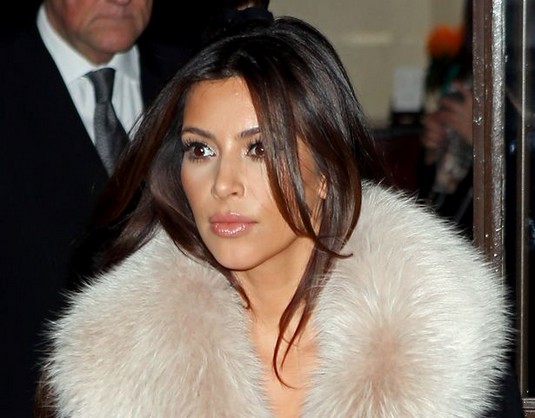 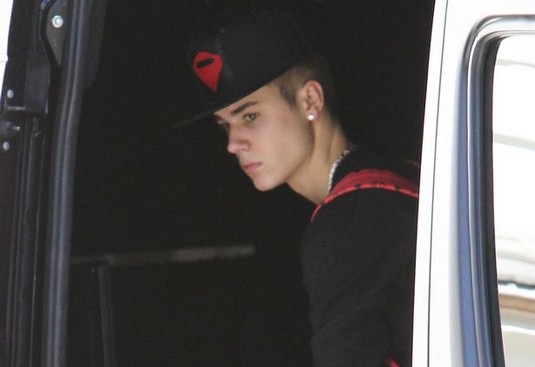