(Reuters) – Jazz pianist Dave Brubeck, whose choice of novel rhythms, classical structures and brilliant sidemen made him a towering figure in modern jazz, has died at the age of 91, his longtime manager and producer Russell Gloyd said on Wednesday. 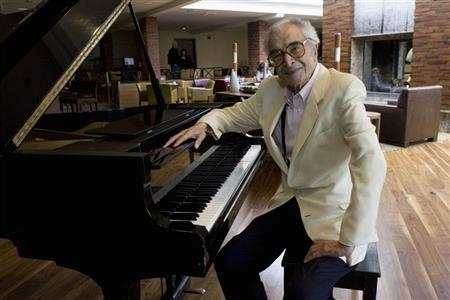 Brubeck died of heart failure on Wednesday morning after he fell ill on his way to a regular medical exam at Norwalk Hospital, in Norwalk, Conn., a day short of his 92nd birthday, Gloyd said.

His Dave Brubeck Quartet put out one of the best selling jazz songs of all time: “Take Five,” composed by alto saxophonist Paul Desmond. Like many of the group’s works, it had an unusual beat — 5/4 time as opposed to the usual 4/4.

“We play it differently every time we play it,” Brubeck told The Philadelphia Inquirer in 2005. “So I never get tired of playing it. That’s the beauty of jazz.”

Dressed in a suit and horn-rimmed glasses and living a clean-cut lifestyle in the 1950s, Brubeck did not fit the stereotype of a hipster jazzman and his music was not nearly as brooding as that coming from East Coast be-bop players.

Despite his innovative approach, some critics interpreted Brubeck’s popularity as a sign of un-coolness, but his fans were undeterred.

Brubeck was born in Concord, California, on December 6, 1920. His father was a rancher and as a teenager Brubeck was a skilled cowboy. But his mother, a music teacher who had five pianos in the house, saw that he took up piano at age 5.

At the College of the Pacific in Stockton, California, he planned to be a veterinarian, but within a year he was majoring in music and playing jazz in nightclubs.

“After my first year in veterinary pre-med I switched to the music department … and that was at the advice of my zoology teacher,” Brubeck said in a Reuters interview. “He said ‘Brubeck, your mind is not here, with these frogs and formaldehyde. Your mind is across the lawn at the conservatory. Will you please go over there.'”

In the late 1940s, he moved to the San Francisco Bay area, where he headed an experimental jazz octet. He formed a trio in 1950 and the following year expanded to a quartet with Desmond, who he had known since the war.

Brubeck injected classical counterpoint, atonal harmonies and modern dissonance into his music, hinting at composers such as Debussy, Bartok, Stravinsky and Bach.

The group built an enduring fan base by taking its subdued bluesy brand of classically influenced jazz to colleges.

As a leading figure in the West Coast jazz scene, which also included Gerry Mulligan and Chet Baker, Brubeck was featured in a Time magazine cover story in 1954. Some critics and black musicians, who felt jazz was a central part of black culture, resented the story about the prominence of a white artist.

In the article Brubeck said Milhaud had told him “if I didn’t stick to jazz, I’d be working out of my own field and not taking advantage of my American heritage.”

Brubeck disbanded the quartet in 1967 after nearly 17 years to concentrate on composing. He wrote several choral works, all religiously influenced.

He later began performing jazz regularly again and appeared with his sons, Darius, a composer and pianist; Chris, who played electric bass and trombone; and drummer Danny. They were billed as Two Generations of Brubeck.

In February 1989 Brubeck, who had a history of heart problems, underwent triple-bypass surgery but kept playing. Well into his 80s, he still put on some 80 shows a year. He had a pacemaker implanted in October 2010.

Actor-director Clint Eastwood, a jazz fan, announced plans to make a documentary on Brubeck in 2007. Eastwood also was named chairman of the Brubeck Institute at the University of the Pacific, designated as the home of his papers, private recordings and other memorabilia.

Brubeck and his wife, who also was his agent and lyricist, had two other sons, Matthew, a cellist, and Michael, and a daughter, Catherine. The couple lived in Wilton, Connecticut.

Nicki Minaj Says Nipple Slip Wasn't A Publicity Stunt
Austrians debate what to do with baby Hitler's home
Artiste responds to rumours he is going to be a dad
Snoop Dogg and Elton John to headline Bestival
Michelle Obama's 2nd gown lent to Smithsonian
Jennifer Lopez 'Planning Fake Marriage To Casper Smart For Publicity' Claims New Report
A Bikini-Clad Miley Cyrus 'Thanks The Universe' As She Performs A Yoga Session On The Beach
Lawrence, Chastain, Riva in Oscar battle of youth versus experience 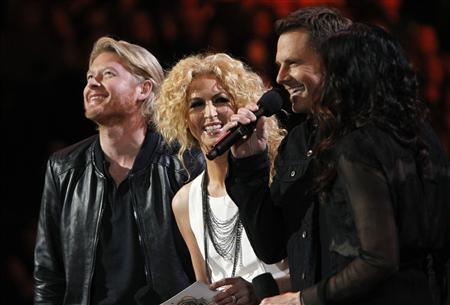 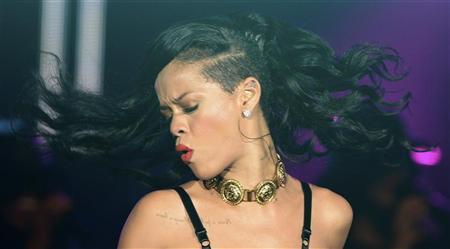