The couple are continuing the super-smug Los Angeles lifestyle together

We’ve seen enough pictures of Kelly Brook and her new muscle-man boyfriend on holiday to last us a lifetime.

But it’s impossible to take your eyes away from these snaps of the hot new couple hitting up Muscle Beach in LA.

And that’s mostly because former Gladiator David McIntosh is wearing shorts shorter than the shortest shorts we’ve ever seen.

The mega ripped hunk was showing off his Action Man inspired torso as he worked out with weights even bigger than his thighs.

It’s a miracle there are clothes in the world that fit him, to be quite honest.

Kelly, 34, watched on as her boyfriend pumped iron before they frolicked as a couple on the beach.

There’s no wonder Kel has been named the ‘most perfect girlfriend’ in a celebrity poll (of dreams).

It comes after 2,000 men were asked which famous face resembles their perfect partner.

The study, by dating app Lovoo, also revealed that the ‘perfect girlfriend’ is 5ft 5inches tall, drinks white wine, has no tattoos and supports Manchester United. How very particular. 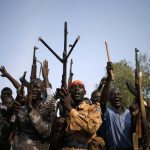 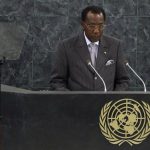 How To Wake Up Feeling Great

“Omotola” to get Women4Africa honour

Sean Penn: Madonna in Haiti to see his aid work 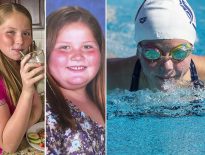 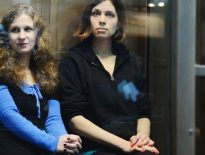