Kourtney Kardashian And Scott Disick On Verge Of Break Up? Kourtney Left ‘Miserable’ Over Weight Comments

Is Kourtney set to leave her baby dady?

Kourtney Kardashian is tiny! Even after having two beautiful babies the Keeping Up With The Kardashians star is still boasting an enviable body, but her weight is apparently at the centre of her alleged problems with baby daddy Scott Disick.

Kourtney shows off her tiny waist on the red carpet (Wenn)

On a recent episode of Kourtney And Kim Take Miami, Scott was seen making horrible comments to the 33-year-old, and now a source has claimed that he has been making the 5 foot tall star “miserable” with his jibes.

Kourtney weighs just 115lbs, and was seen stepping on the scales in the show – and Scott suggested that it was just too heavy for him.

Now a source has told InTouch magazine: “Scott loves skinny women with big boobs. He wants Kourtney back to her pre-baby weight. He’s being shallow and downright mean.”

Following the birth of her daughter Penelope Disick in July last year, Kourtney managed to shift her baby weight quite quickly although she publicly insisted that her weight loss wouldn’t be as quick or dramatic as before, after her pregnancy with her first child Mason.

But the source says that Scott is quite hung up over Kourtney’s ‘extra pounds’, as they said:  “He ridicules her and makes fun of her.”

“No one should be as miserable as Kourtney’s been with him. She doesn’t have to put up with his BS – she can get any man she wants,” they added.

After vowing to lose her baby weight, the “healthy way”, Scott could be heard telling Kourtney: “Last time around you tried to watch what you were eating, after you had Mason… at least you were losing weight.”

With an angry Kourt replied: “You are so crazy. I’m trying to do it the healthy way.”

But Scott was quick to criticise the mother of his two children, saying “Just do it faster. You’re my piece of machinery!” Scott then joked that Kourtney was a “problem”, reducing her to tears.

Kourtney was also seen in the episode complaing that “it’s definitely harder this time to lose the weight,” to which Scott was again unsympathetic, retorting “If I would have fell in love with you a couple of pounds overweight, this would be my ideal weight, but I fell in love with you when you were super skinny.”

He then explained to the camera: “Right now seems to be probably the heaviest she’s ever been not pregnant. When we had Mason I remember her trying to whip herself back into shape pretty quick.

“This time around it seems like it’s the least of her concerns, and the only thing she thinks about are the kids. I just think that she would feel better if she got back into the shape that she feels the most comfortable in.”

When the family took a trip to the beach, Scott couldn’t let the issue go as he joked, “It would be nice if you were in a wild little flossy bikini. You look like a granny” after which Kourtney stormed off.

After weighing herself, Scott further berated the mum of two saying “Do you know what you’re supposed to weigh for your average weight for your height?”

Kourtney was soon admitting to her sister Kim though that “it doesn’t bother me because I have to do what’s best for me. I can’t compare myself to, like, supermodels.”

After Kourtney blasted Scott for not being “supportive”, he did eventually apologise, saying “‘I’m sorry doll. You’re a good looking lady. You’re proportioned properly, you got a beautiful kneecap and a gorgeous little face. I love you.”

Kourtney Kardashian And Scott Disick On Verge Of Break Up? Kourtney Left ‘Miserable’ Over Weight Comments 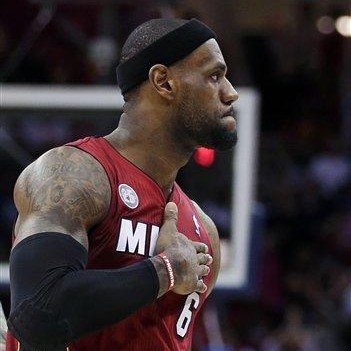