Mayim Bialik, who is best known for starring in “Blossom,” was reportedly hospitalized with serious injuries, following a car accident on August 15.

The Los Angeles City Fire department confirmed to OnTheRedCarpet.com that one patient was transported to the hospital at 11:54 a.m. following an accident at the site of the reported crash. The 36-year-old actress was driving through the intersection of Hollywood Blvd and La Brea in Hollywood, when another vehicle, containing three Chilean tourists struck her car, according to People magazine.

LAPD Sgt. Monte Houze told the magazine that Bialik suffered “a severe injury to her left thumb” and was taken to the hospital. He added, “From what I was told, there was a lot of blood at the scene.”

Bialik was scheduled to appear on “The Soup” the evening of her accident. She wrote on Facebook in the morning, “I’m going to be on The Soup tonight reviewing reality TV highlights. Teaser: the clips they scripted for me include a bit of raunchy humor. Wish me luck and tune in tonight!”

The actress recently made headlines for her support of attachment parenting. In May, she told Anderson Cooper that her children will most likely share her bed with her until they are between 5 and 7 years old.

Bialik wrote a book on the subject of attachment parenting, “Beyond the Sling: A Real-Life Guide to Raising Confident, Loving Children the Attachment Parenting Way.”

Bialik has a recurring role on “The Big Bang Theory,” portraying Amy Farrah Fowler, which earned her a 2012 Emmy nomination. The series began filming its sixth season the week of August 6.

Bialik joked to OnTheRedCarpet.com in December, at a party to celebrate the 100th episode of “The Big Bang Theory,” that she makes her husband call her “Dr. Bialik,” referring to the PhD in neuroscience she earned from UCLA.

UPDATE: Bialik Tweeted around 4 p.m. in the afternoon, “(husband typing) In pain but will keep all my fingers. If u wanna See pre accident me watch The Soup tonight lol #joelmchale @thesoup ”

A representative told OnTheRedCarpet.com that Bialik is “doing fine and will be returning to work tomorrow.” The actress thanks everyone for their concern. 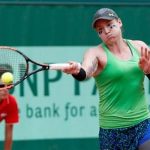 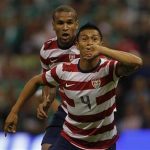 NBC skips 9/11 moment of silence, keeps up with Kardashians

5 Types Of Flooring Celebrities Are Turning To In 2013

Rihanna Regrets Night With Strippers: ‘I Am A Sinner’ Celebrity Kristen Stewart To Promote ‘On The Road’ At To… 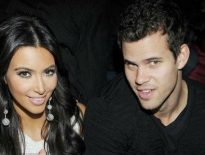