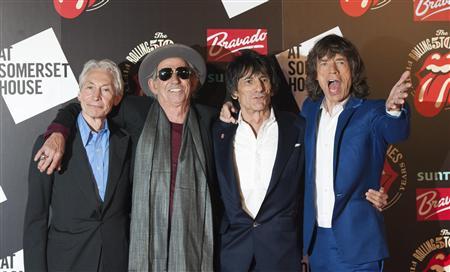 The Rolling Stones (L-R) Charlie Watts, Keith Richards, Ronnie Wood and Mick Jagger pose as they arrive for the opening of the exhibition “Rolling Stones: 50” at Somerset House in London, in this July 12, 2012 file picture. REUTERS/Ki Price/File

The appearance by the veteran British rock group follows weeks of rumors that the Stones, who in 2012 celebrated 50 years in the music business with a handful of concerts, finally would play at Glastonbury, one of Europe’s biggest music festivals.

According to a line-up on the Glastonbury website for the June 28-30 festival in western England, the Rolling Stones will play the main Pyramid Stage. The exact date of their appearance was not listed.

“Can’t wait to play Glastonbury. I have my wellies and my yurt!” Rolling Stones frontman Mick Jagger wrote on Twitter on Wednesday, referring to rain boots and an elaborate tent.

Members of the Stones have been saying for weeks that they would like to play Glastonbury for the first time in their long careers.

The band played a series of mini-concerts in London and the United States in November and December that sold out quickly, as well as marking 50 years of hits like “Honky Tonk Women” and “Angie” with a documentary, photograph book and greatest hits album.

Speculation has also been rife that the Stones will launch a full world tour in 2013, which would be the band’s first since their 2005-2007 “A Bigger Bang” tour.

(Reporting by Jill Serjeant in Los Angeles; Editing by Will Dunham)

'The Baby Is Not Going To Be On Our Show': Kim Kardashian Makes 'Tough Decision' To Keep Baby Hidden
London designers trawl Americana, tropical themes
Kristen Stewart Lonely In Australia Without Robert Pattinson
First book printed in US could sell for £20 million at auction
Taylor Swift tops Forbes' list of Highest-Paid Stars Under 30
Songs and death threats for Lebanese American p""n star Mia Khalifa
Katy Perry roars to top of British singles chart
10 things to look for in 2014 at the movies 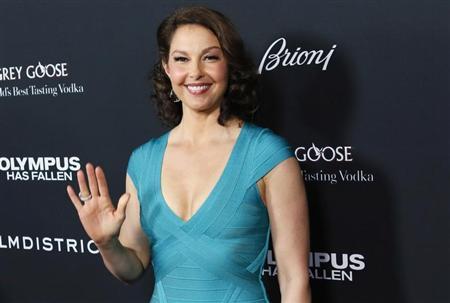