But when the 18-year-old actress wore dreadlocks to the Oscars on Sunday night, E! host Giuliana Rancic mocked her on Fashion Police with a comment so offensive that it immediately became a perfect metaphor for the 2015 lily-white Oscars.

And there it was: A white woman telling a black woman how to wear her hair.

Zendaya quickly responded on social media — and immediately took back the story with her thoughtful response.

There is already harsh criticism of African-American hair in society without the help of ignorant people who choose to judge others based on the curl of their hair, Zendaya wrote on Monday.

She added that she consciously chose the dreadlock style on Oscar night to showcase them in a positive light (and) remind people of color that our hair is good enough.

Yet in one quip, Rancic reduced black women to a stereotype.

I’m just appalled — it’s just as bad as saying black people like fried chicken and watermelon, said Bronx resident Mary Singleton, 36, who was getting her dreads touched up Tuesday at Khamit Kinks, a salon in Boerum Hill, Brooklyn.

But beyond the racism, Rancic was also undermining black self-esteem and strength.

Dreadlocks are a way of life for us, says Sandra Peters, 51, who was born in Guyana and now owns Natty Dreadz in the Bronx. For women, they symbolize empowerment. For me, dreadlocks are about tapping into your roots.

Maitefa Angaza, the co-producer of the hair documentary In Our Heads About Our Hair, added that Rancic’s classless statement suggests that black women’s beauty is not accepted.

Another irony? Rancic’s comment came one night after Selma, directed by dreadlock-wearing Ava DuVernay, was snubbed for best picture. And none of its acclaimed cast was even nominated.

Zendaya mentioned DuVernay, plus other dreadlock wearers such as the singer Ledisi and Harvard professor Vincent Brown, in her comment.

Brown was surprised to become a social media star, but he wasn’t surprised by the conversation.

Rude comments about black people’s hair are something that goes way back in our society, Brown, who has been wearing dreads since 1991, tells the Daily News. Dreadlocks were an indication of culture and history (and) signify the consciousness that their struggle will continue.

Zendaya stood up for all of us who wear our hair in ways that may not be immediately acceptable to others, he adds.

The lack of acceptance is no doubt a lingering relic of white fear of black empowerment. But it’s also simple ignorance about how dreads are created. They are not, as Rancic wrongly assumed, simply a result of unwashed hair.

I wash my hair regularly, says filmmaker Angaza. I go to the salon and it gets beautifully done by experts.

Dread dread is particularly bizarre these days, given that the First Lady of New York, Chirlane McCray, proudly wears locks. Her daughter, Chiara, gets her hair touched up every so often at Khamit Kinks.
It’s offensive and racist, says Anu Prestonia, the 57-year-old owner of the salon, which also serves First Daughter Chiara de Blasio. As beautifully and elegantly as (Zendaya) was dressed, how could you open your mouth and say something about her unless you’re a total ignoramus.

Zendaya is anything but that. In fact, she represents a new breed of teenage celebrity. She embraces her biracial background — her father is black, her mother white — and fearlessly experiments with different beauty standards. The Disney star has worn her hair in a Diana Ross-like Afro, in a straight pixie cut, and in wild, unruly curls.

Zendaya is the grown-up here, says teenage behavior expert Josh Shipp, who has a daughter of his own. Here’s a great role model for young girls. Her response was stunning to me — she was calm, she was kind and she stood up for herself.

Like Zendaya, DuVernay came up with a creative way to respond to Rancic: Kill the controversy with kindness.

You’re beautiful, DuVernay tweeted at Zendaya on Tuesday. We bless the ignorant and wish them well. 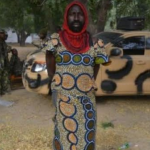 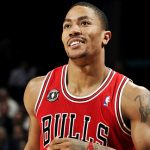 At least 6 die in bomb blast in south Philippines

She’s A Survivor! Kelly Rowland Rescued After Being Stranded At Sea

Sarkozy the fighter in battle of his career 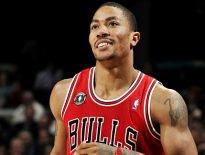 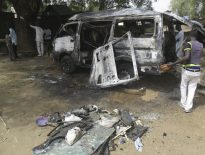